So close yet so far!

I had a great 3 weeks training in a very hot Germany before traveling to Mont Sainte Anne. However as good as I was feeling in training it was hard to know if a good result in Mont Sainte Anne was on the cards as I hadn’t had any races to truly gauge my form in since a below par performance at the last World Cup rounds in Val di Sole and Andorra.

The short track race on Friday night was a massive confidence boost and confirmation that the form was red hot. I was able to stay in the top 5 comfortably for pretty much the whole race and brought it home for 4th place and a front row start for the XCO. 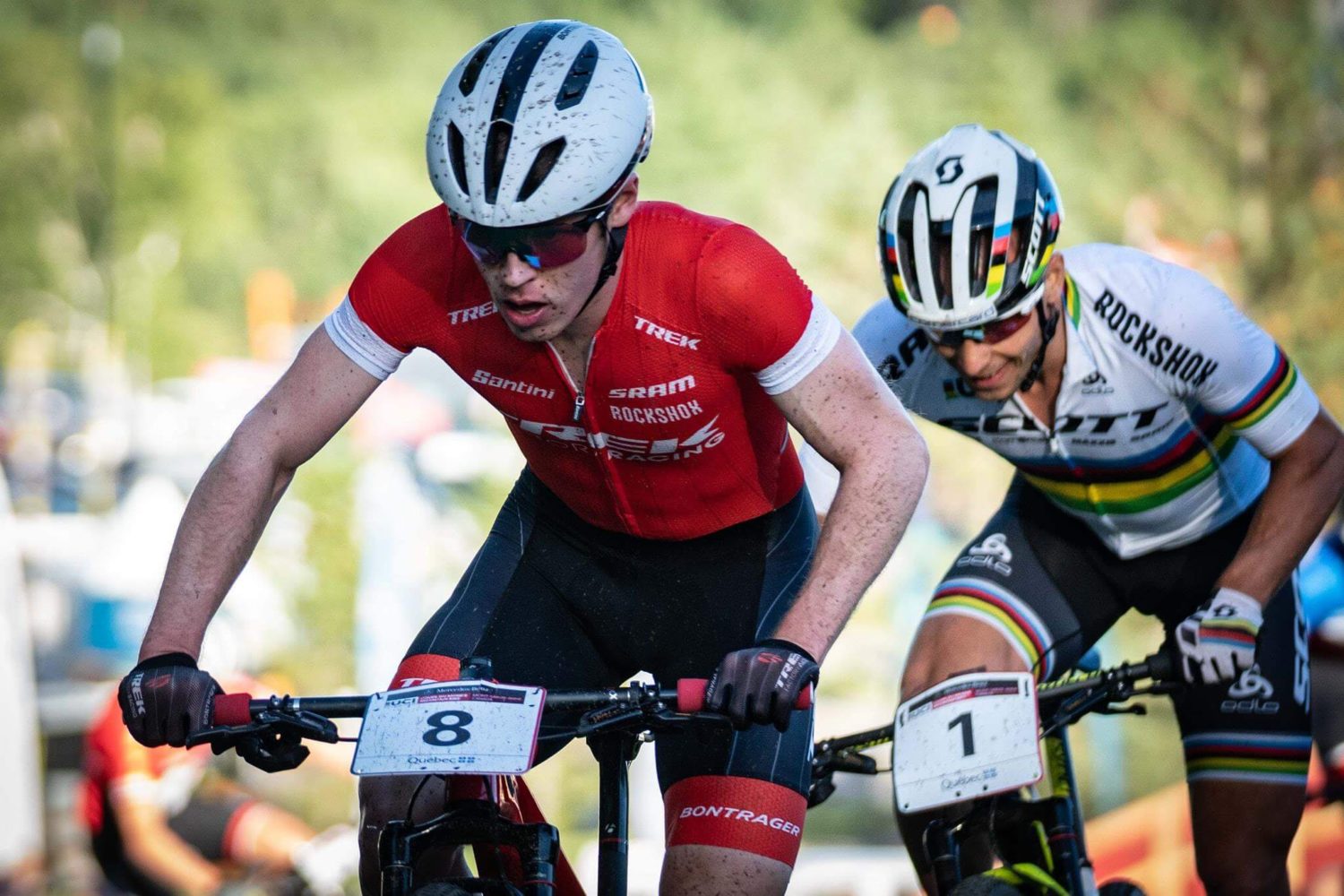 One of my biggest struggles this season has been getting a good night’s sleep after the Short Track to be ready for the XCO Sunday on Sunday. Racing a World Cup short track at 6:15 pm full of caffeine isn’t exactly the recommended pre-sleep wind-down routine. I managed to get a decent night’s rest however so felt somewhat fresh on Saturday for course practice and also slept reasonably well on Saturday night to wake up feeling energised for the XCO.

I had a good start and entered the first singletrack second wheel. The first couple of laps of a World Cup are always a chaotic affair with everyone jostling for position and trying risky lines to get past one another. I had a couple of laps bumping elbows before things settled down and I found myself off the front and starting to pull away with Nino. He was faster through the rough sections on his fully whereas I had decided to take a completely different approach to the other riders and risk it with the hardtail. I had to keep speed down through the rough stuff and drag the brakes a little more to keep the speed down. I was feeling good enough to quickly close the gaps after the descent and felt like I was climbing really well on the hardtail so overall, I guess I was a similar speed to what I would have been on a fully. Just a different way of going fast!

Nino snapped his chain while we were together with around a 15 second lead over the chasing pack. I decided with three laps still to go I wasn’t going to be able to hold them off solo, so I took the opportunity to rest up a little and join the pack for a little bit until it really got down to the business end. With a lap and a half to go there were three of us left at the front, myself, Mathias Flueckiger and Gerhard Kerschbaumer. Gerhard had a big crash right in front of me on one of the descents and I was lucky to avoid him. I had to push hard to then close the gap to Mathias but was able to do so as the bell lap rang. I was feeling good and decided to test the legs with an attack on the long grassy climb, but Mathias was up for the challenge. I was content to sit behind up the next zig zag climb and down Beatrice before giving it everything up the last climb to lead into the final descent, but I never quite made it that far. I think I got a little close to Mathias coming into the steep inside line at the top of Beatrice and I didn’t get my entry into the turn/chute set up straight enough. I was set up a bit sideways at the top and with not enough speed or time to back out of it I came crashing down onto the rocks below, my bike flying away down the track. I stood up and dusted myself off before locating my bike and straightening the bars (kind of). My left forearm took the brunt of the impact along with somehow my balls, but I was able to get back on and limp it home on my bike to finish in 6th. Absolutely gutted to toss away such a good chance at a World Cup win after riding so well the whole race and within spitting distance of the finish line! 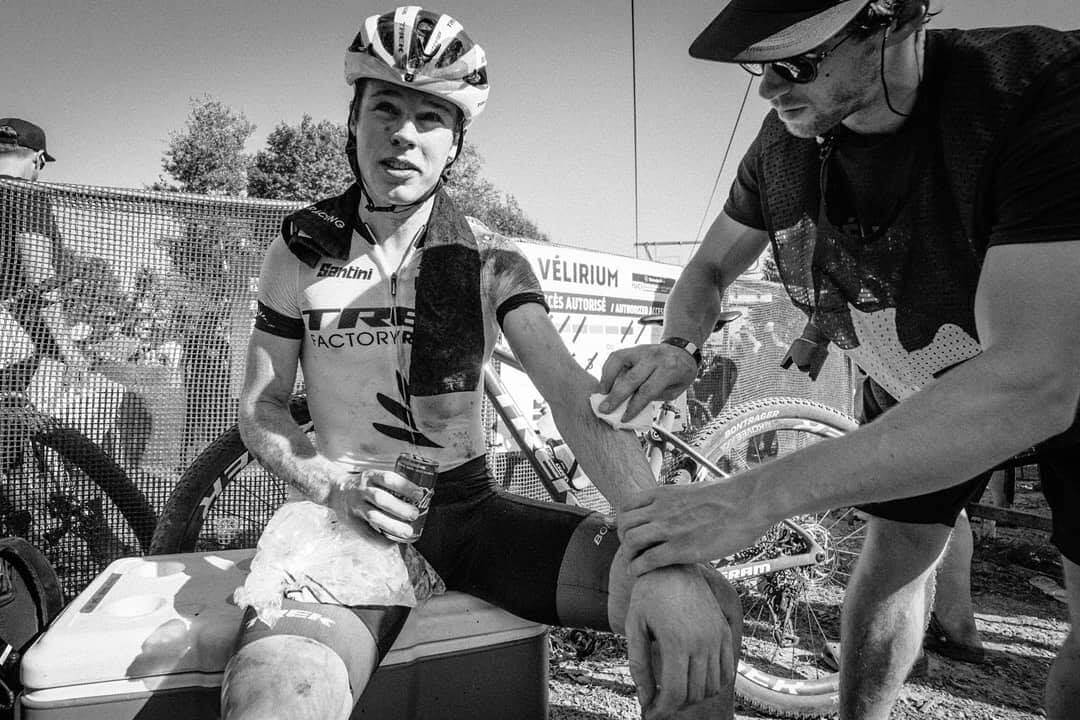 After race assessment of my injuries confirmed no bones broken but a deep muscle contusion on my left forearm and grazes up my right side. But the biggest shock of all was when I dropped by dacks to get changed and noticed blood dripping from my man parts. Closer inspection revealed a couple of cuts to my scrotum, one particularly deep tear which had to be stitched back together (hopefully the first and last time this happens!). It seems as though the airbags deployed!

Back in Germany now to prepare for the final World Cup round in La Bresse on the 24th-26th August and then World Champs in Lenzerheide 2 weeks following. Hopefully my injuries don’t keep me off the bike long and things go smoothly from here on out!