After suffering very badly at the Motatapu from jet lag I almost chose not to race in Schaan as I had only arrived in Europe a few days beforehand and jetlag would be sure to play a part in my performance once again. I had made a few variations to my recovery from the trip this time that I hadn’t done for Motatapu and I was keen to test out how these would work.  UCI points go down to top 15 for a Cat. 1 race and in a stacked Elite Men’s field this was going to be a tough ask on any given day but I decided that a top 15 was still within my reach so I decided to give it a nudge. I had a great start and moved my way up to around 12th position after the 1st lap but started to fade badly on the 3rd lap and lost a lot of positions. The race was a long 9 laps and in the end I settled for 21st position, satisfied as I wasn’t expecting an incredible result so close to all the travelling I had done.

My fast first lap showed that I have the speed but I just couldn’t continue at that tempo due to my fatigue. I’m still glad I chose to race as each time I am learning how to combat the effects of jetlag better. You can never expect to perform 100% within the week of arriving in Europe but with proper recovery methods you can up your chances of achieving better results. A mixed bag for the team as a whole, Manuel took 2nd place only 2secs behind 1st place and current World Champion Nino Schurter while Marco crashed on the first lap and tore his arm open requiring a trip to hospital and a lot of internal and external stitches to bring the gash back together. Next weekend we will race in Nalles, Italy in another Cat. 1 race and against a very classy field. I can’t wait to test the legs yet again! 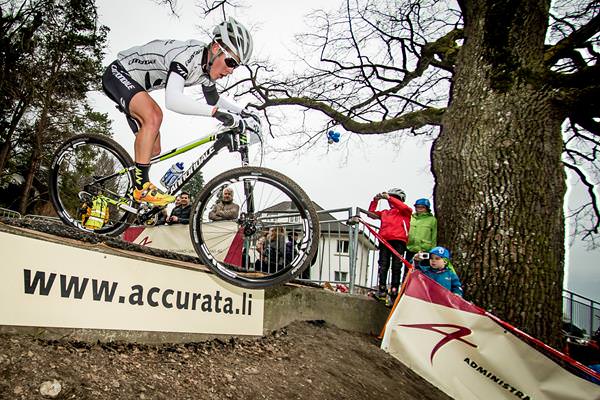