After Nationals I spent the week at home to finalise my preparations for the Oceania Champs in Toowoomba, Australia. I knew I was on good form so was keen to make the most of it and bag plenty of the UCI points that were on offer! I was happy to have received a dispensation to race in the Elite category instead of Under 23 but this also meant to race was going to be absolutely brutal as I would be going up against Dan McConnell the number 3 ranked rider in the world. The temperatures had soared into the 30’s and at around 80% humidity I knew it was going to be a long, tough day at the office. I had a great start and lead into the first single track. From there I kept the pace at a steady tempo as the field started to string out behind. Fellow Kiwi Sam Gaze came through on the second climb to keep the pace high and on the 2nd lap Sam, Dan and I had established a lead over the chasers as we took turns at the front of the race. On the 3rd lap Dan started to ramp up the pace and Sam dropped off, eventually withdrawing from the race. I managed to stick with Dan until halfway through lap 4 of 6. From there I eased up and conserved my 2nd position along with my legs which I still needed for another 3 days of racing! Overall I was very happy with my second position in such a stacked field of riders. 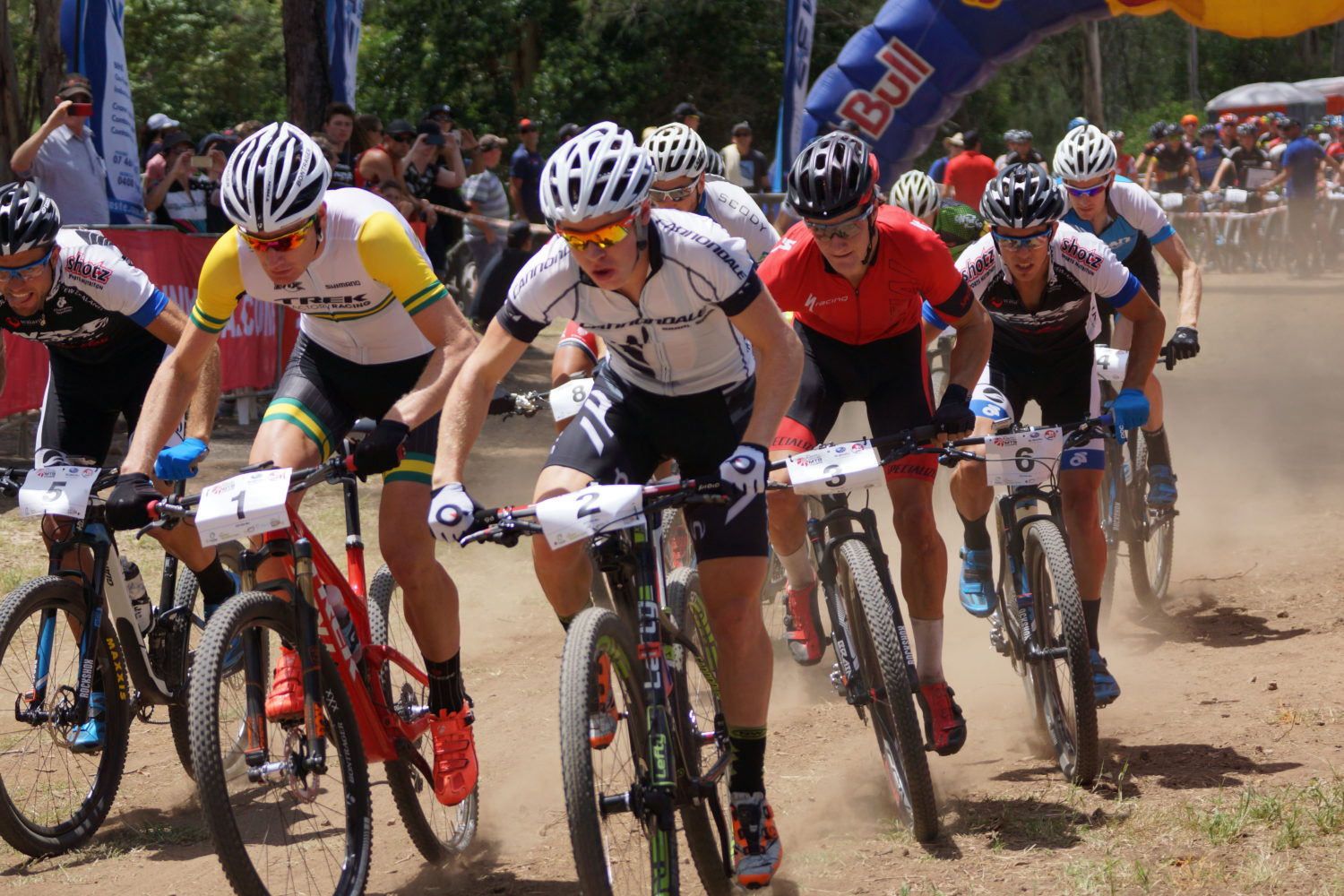 Day 2 was the Oceania Eliminator Champs. I knew it would be a tough race to win but with UCI Cat 3 points up for grabs I thought I’d may as well give it a nudge! I was the fastest qualifier and progressed through each round easily. In the final I came up against the 2013 Eliminator World Champion Paul van der Ploeg and we had a great battle the whole way around the course. He had too much power in the end and outsprinted me to the line. Happy enough with that! 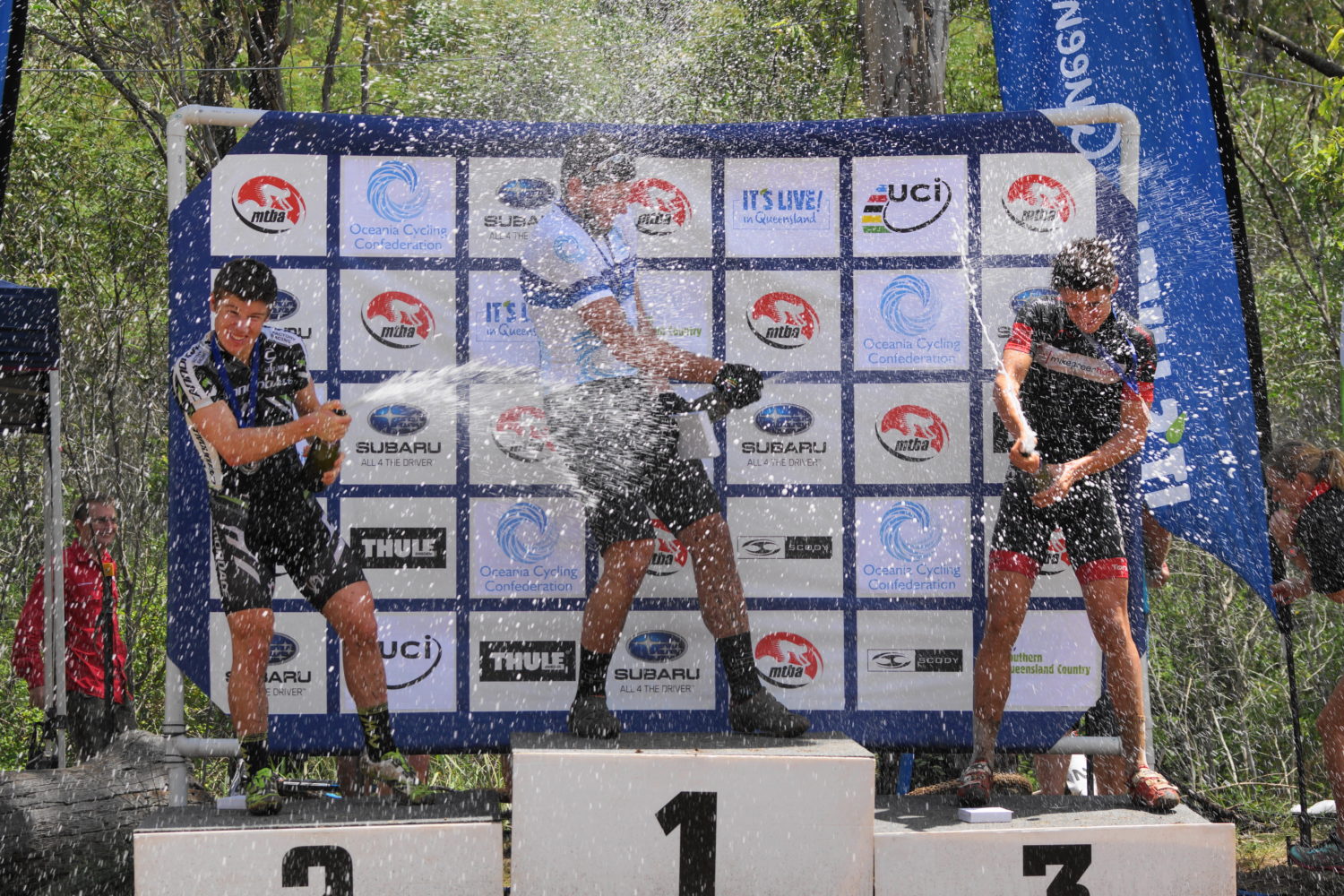 Day 3 was the final round of the Subaru Australian National Series, also held in Toowoomba on a very similar track to what the Oceania Champs were held on. I had another good start, slotting second into the single-track behind big man Paul VDP. I managed to overtake him before the first downhill section and started to open up a gap on the chasers before a dropped chain cost me precious time and dropped me back to around 5th spot. I was quickly able to regain my position at the head of the pack before a couple of riders starting launching their own attacks which I was able to follow. I took it easy on the rough descents to prevent my chain from falling off again and lap by lap the field whittled down to just a few remaining riders. On the 4th lap Dan took the front again and powered away from the rest of the pack. I chased hard to eventually come home in second position less than a minute back. Very happy with how my legs felt after such a short turnaround between races. 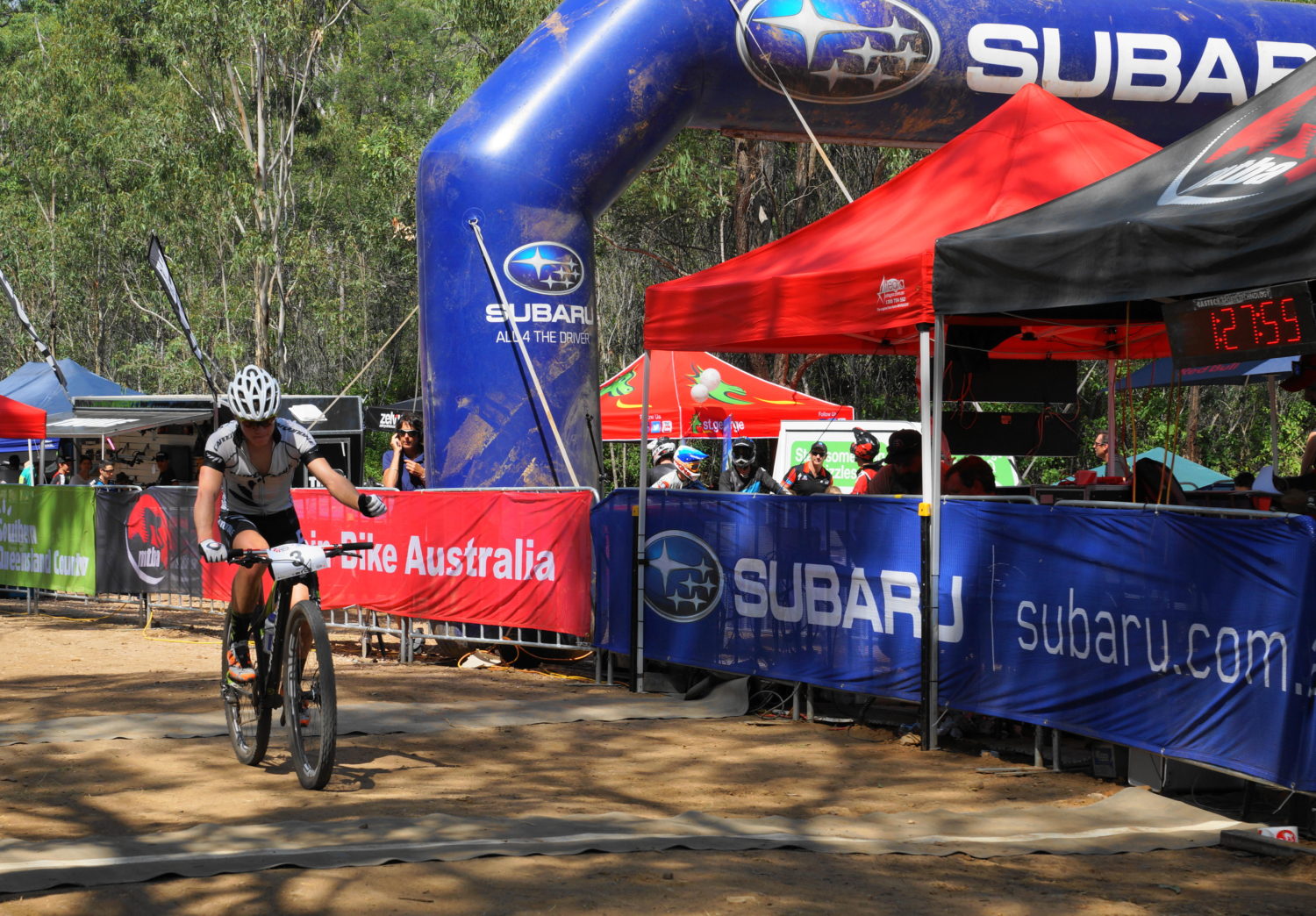 The final days racing was a UCI Cat 3 Short Track Race, 25mins + 3 laps. I kept amongst the top 3 at the head of the race as the laps wound down until with 3 laps to go it was just Dan and myself left to battle it out. I played my cards perfectly and led into the last lap before opening up the taps on the final descent to open up a 10m gap on Dan but heartbreakingly my chain dropped off JUST before exiting the single track onto the finishing straight. I popped it back on and crossed the line in second, pretty disappointed not to grab a gold medal on the last day of completion but nonetheless happy with how I rode! We then rushed back to our accommodation to shower up, pack our bags and bikes and escape to the airport. Time to replace a worn drivetrain I think!! 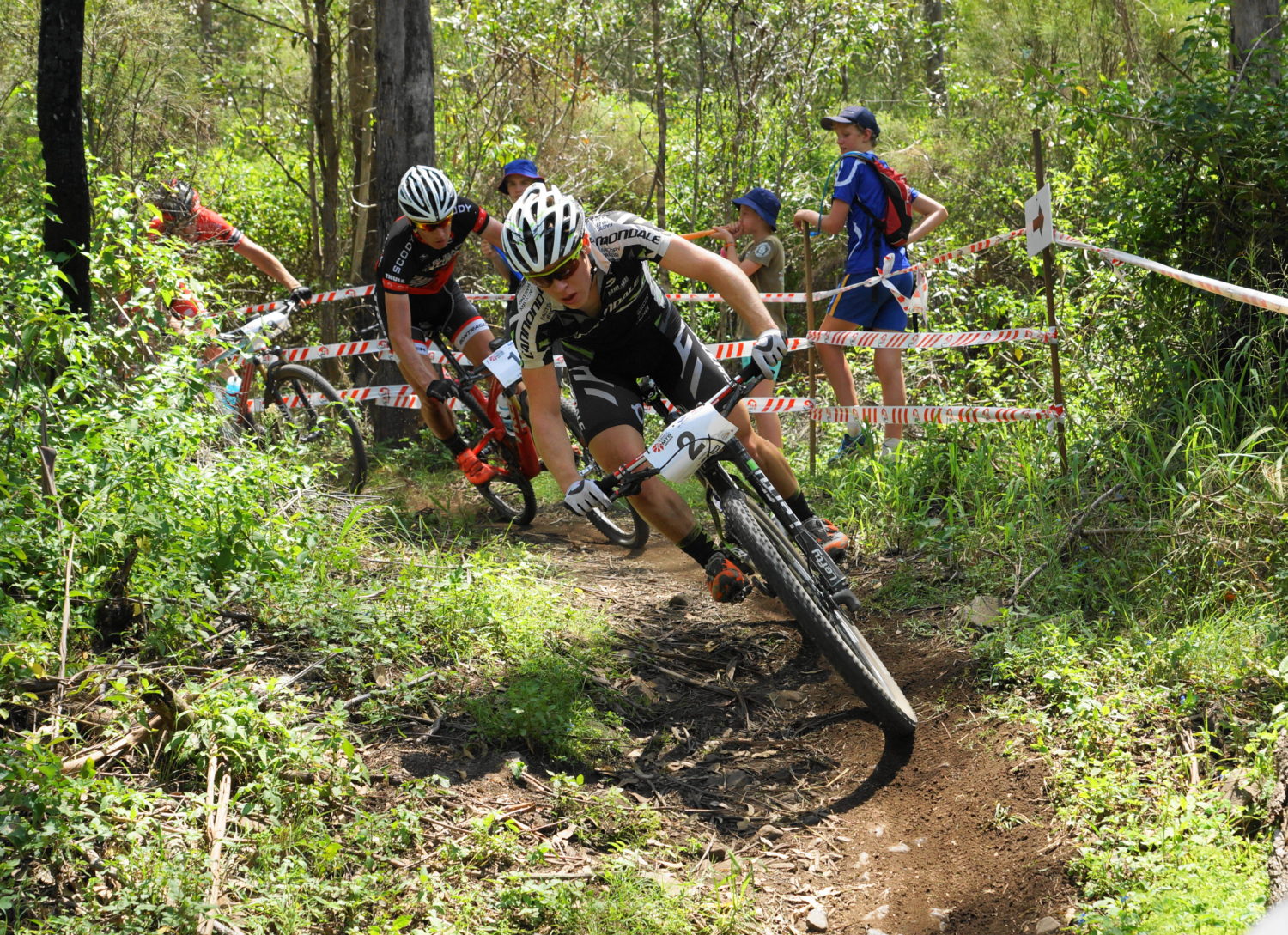 I will spend the next week at home taking it easy before jetting off to the California for 2 more races as part of the Sho-air US cup. Can’t wait!