This was the first real race of the year at altitude, or I guess the second if you count the NZ Cup round at Cardrona back in January. I still feel like I’m relative novice at altitude compared to most of my European and American competitors so I was curious to see how the thin air would affect me.  At 1500m above sea Lenzerheide is still around 700m lower than where we will race at the World Championships in Andorra.  Each day in training I felt more and more acclimatised to the altitude we were at which was a good sign.

I had a flying start, moving from the second row into 3rd or 4th position by the time we hit the first singletrack. There were a couple of tense moments with riders crashing just in front of me and jostling for position but by the end of the first lap I was with the leaders. On the second lap up the main climb I was forced to hold back and watch a few riders ride off up the road as I made a conscious effort not to go to deep early on in the 7 lap race. This tactic paid off and halfway through I started to reel the riders in front of me back in. I pushed really hard to try and catch Howard Grotts, the American in 3rd place but couldn’t quite catch him in the end, settling for a solid but very satisfying 4th place. It’s a great feeling to be back fighting for the top few spots again and I’m looking forward to the next World Cups in Mont Saint Anne and Windham in early August. 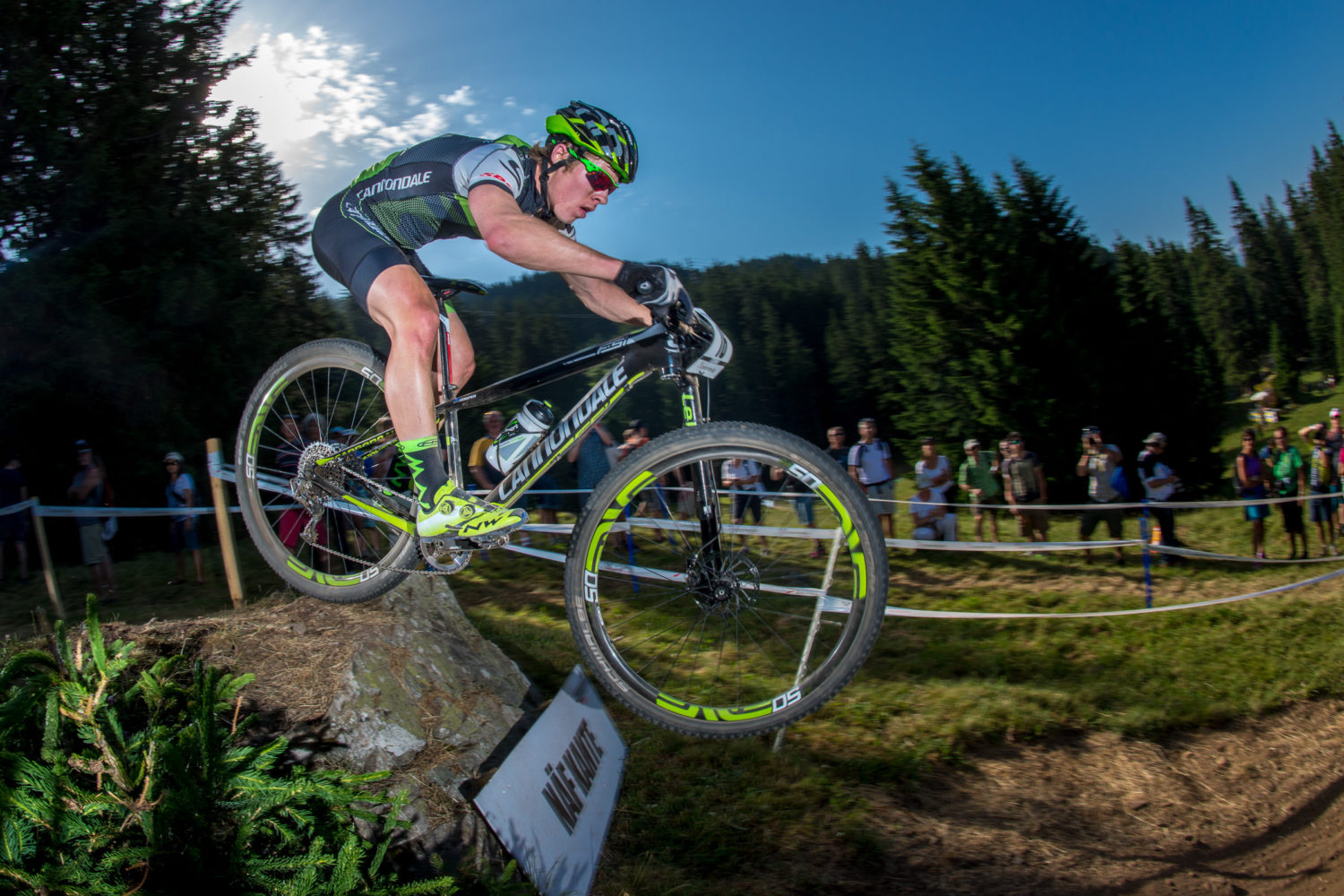