Well… where do I start!? World Champs is one of those races where everything has to fall into place to win. I knew I’d had good form in Val di Sole but for some reason it didn’t click on the day and I suffered. Arriving in Andorra for the World Champs I knew I still had that good form but had to work out how to unlock it all on race day. 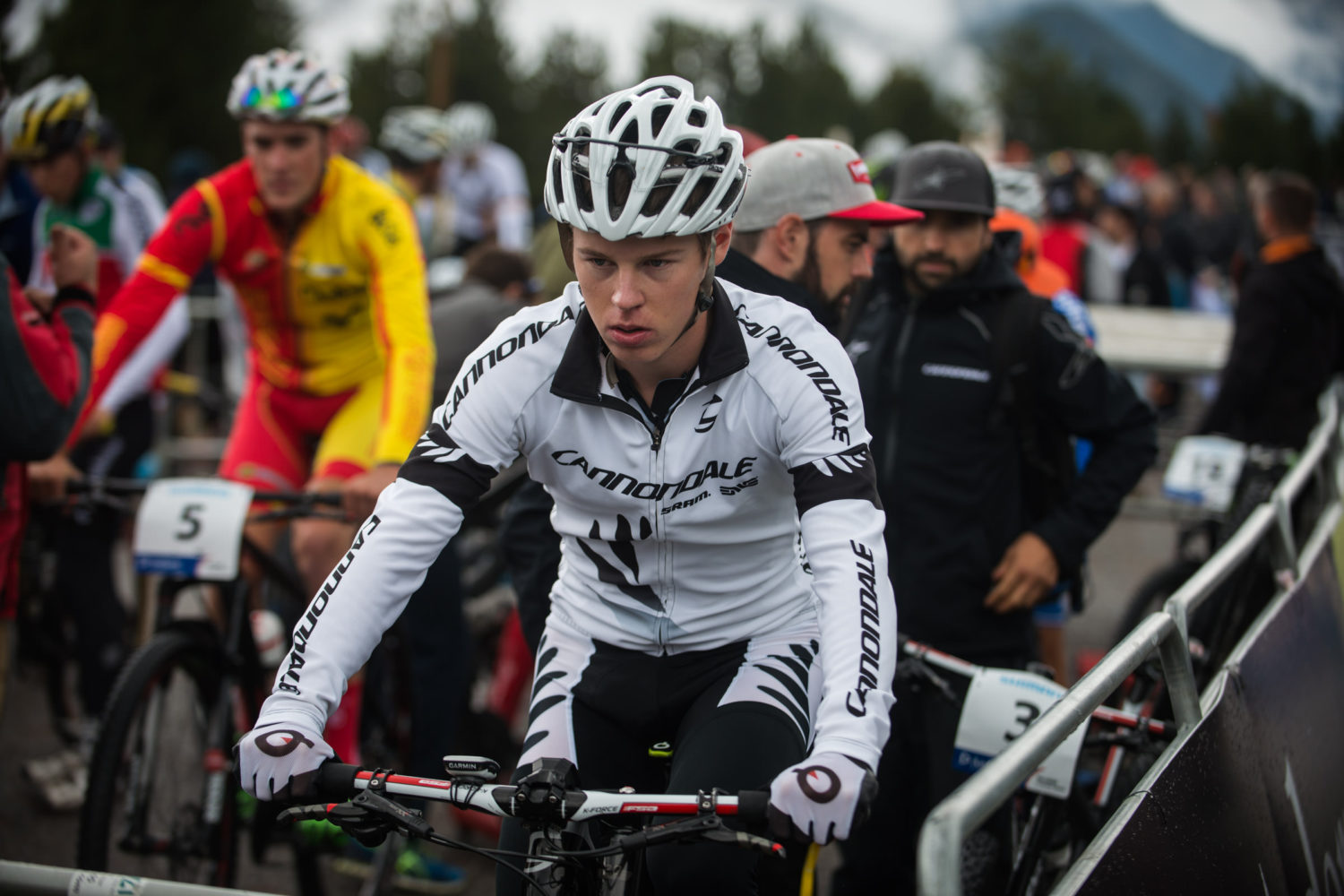 I really enjoyed the changes they made to the track since the last time we raced in 2013. The track had lot more variations in terrain and featured some nice natural technical features. Heavy rain the night before the race meant I had to re-evaluate my tyre choice and 1hr before the race I decided to switch the more aggressive Schwalbe Nobby Nics. This proved to be a great choice as the track was very muddy and the roots and rocks were as slippery as ice. 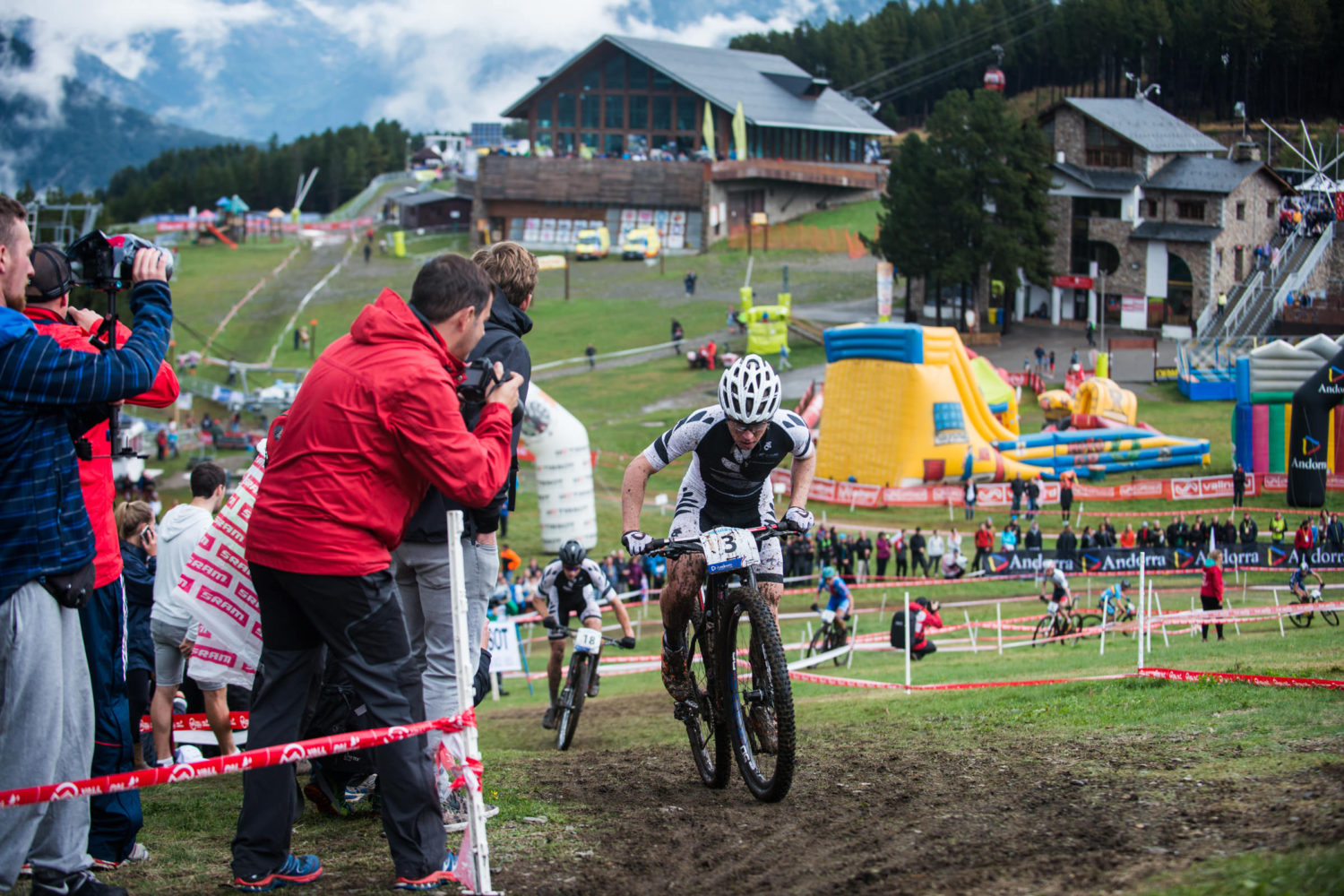 I had a great start and felt amazing right from the word go, reaching the front at the end of the first lap and spending probably 90% of the race there making sure I stayed out of trouble and rode my own tempo.With 2 laps to go it was just myself and a Frenchman Victor Koretzky left at the front of the race. I was stronger on the climbs and he was a bit faster on the flatter sections and running a few steep climbing sections in the mud whereas I rode to try and save energy. 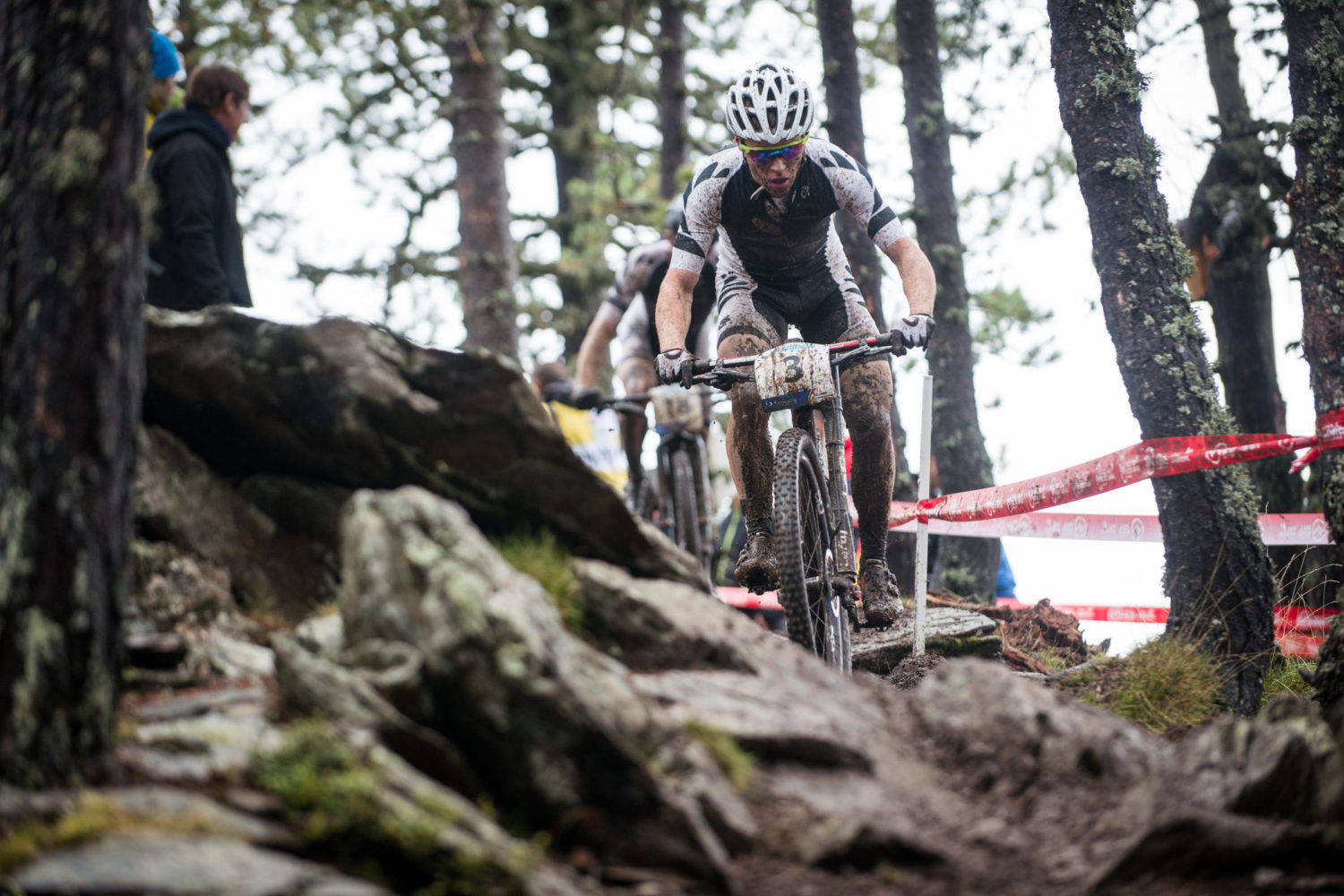 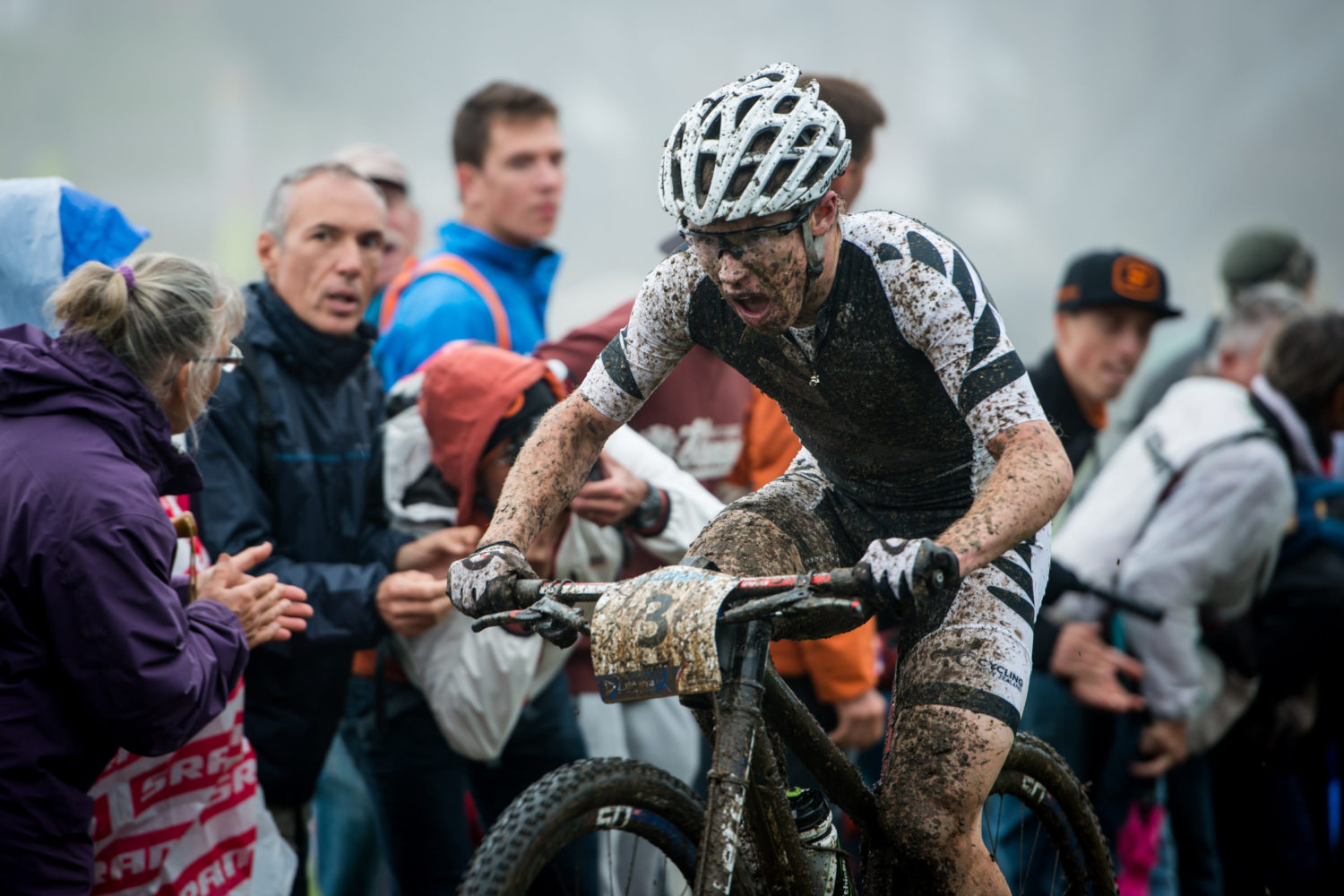 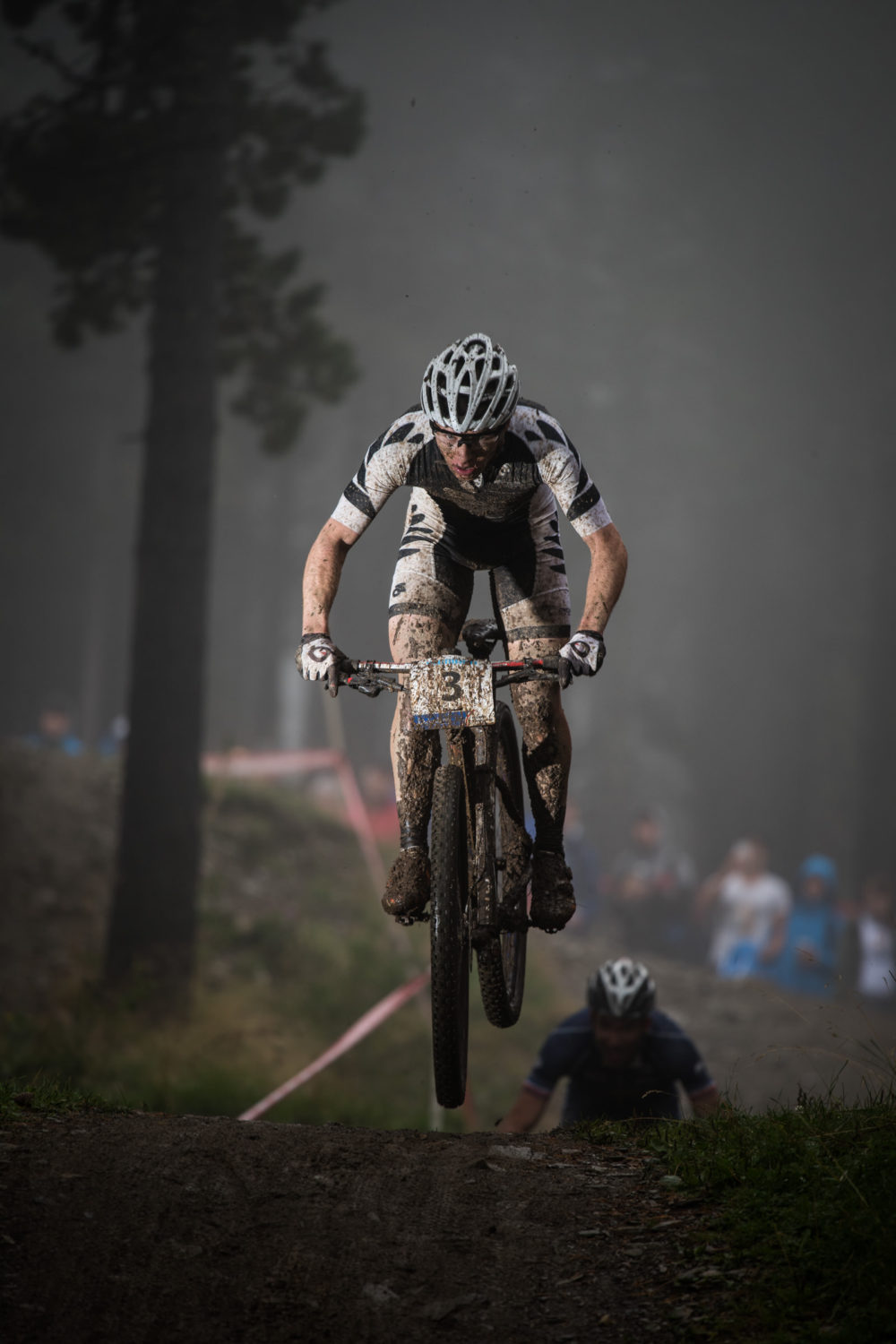 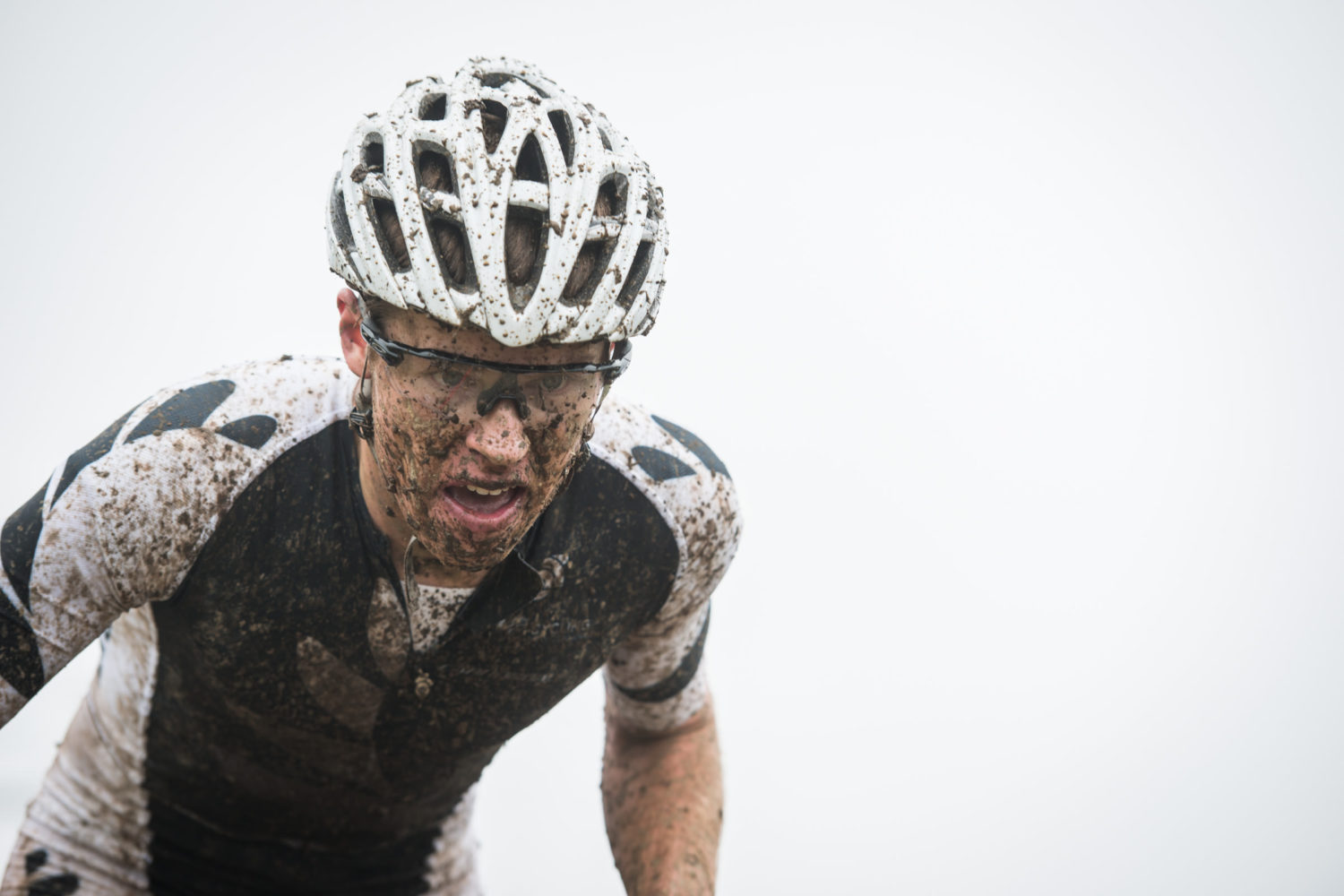 It was a tough battle and I just tried to stay calm and use my head. I made sure I was first into the last singletrack with the plan of attacking up the last short steep climb which lead onto the tarmac with them 300m to the line. I did just that and opened up a 5m gap which I was able to hold till the line crossing just 2secs ahead to win my first Under 23 World title to go with my junior World Title in 2012. Hopefully there’s more to come!! 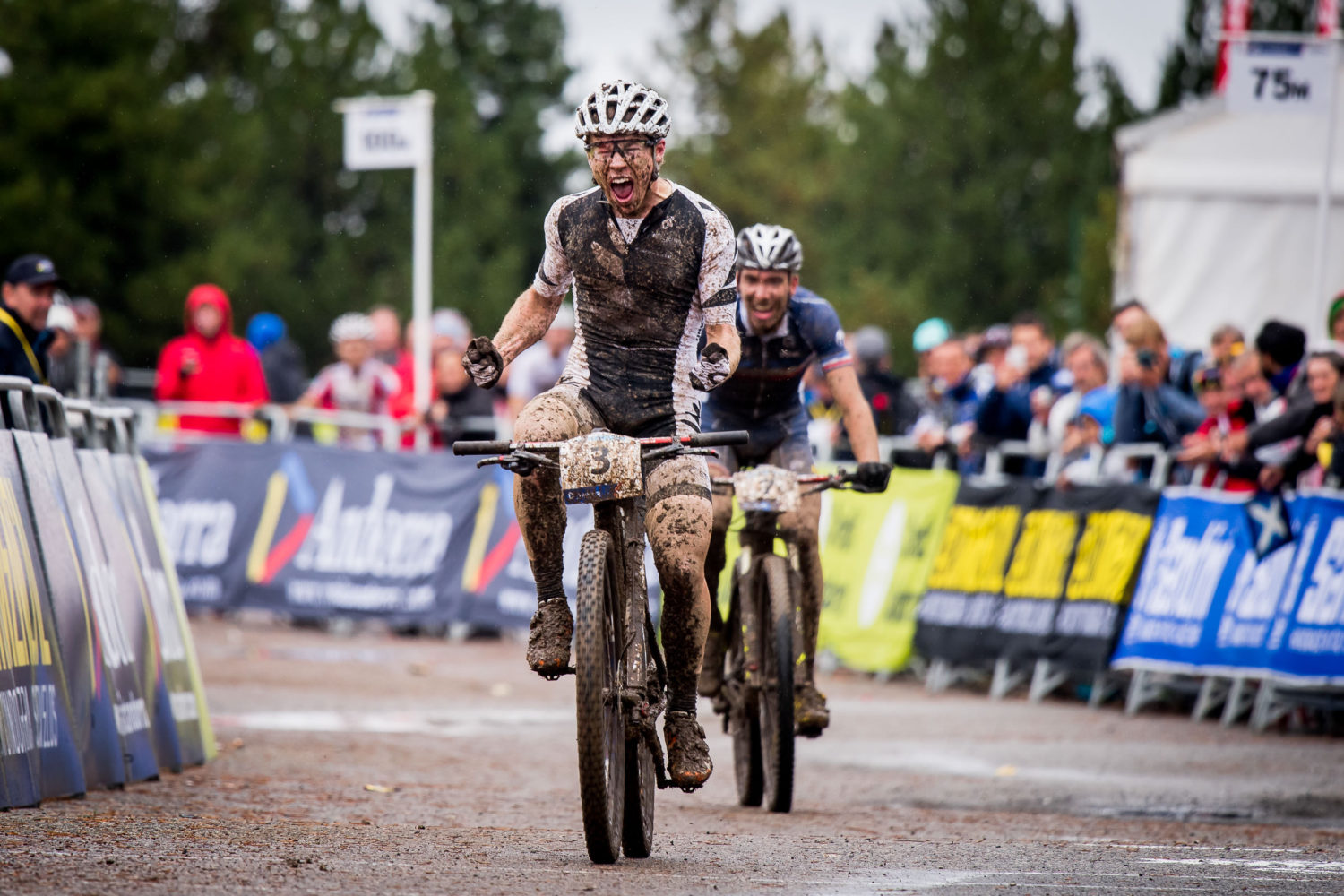 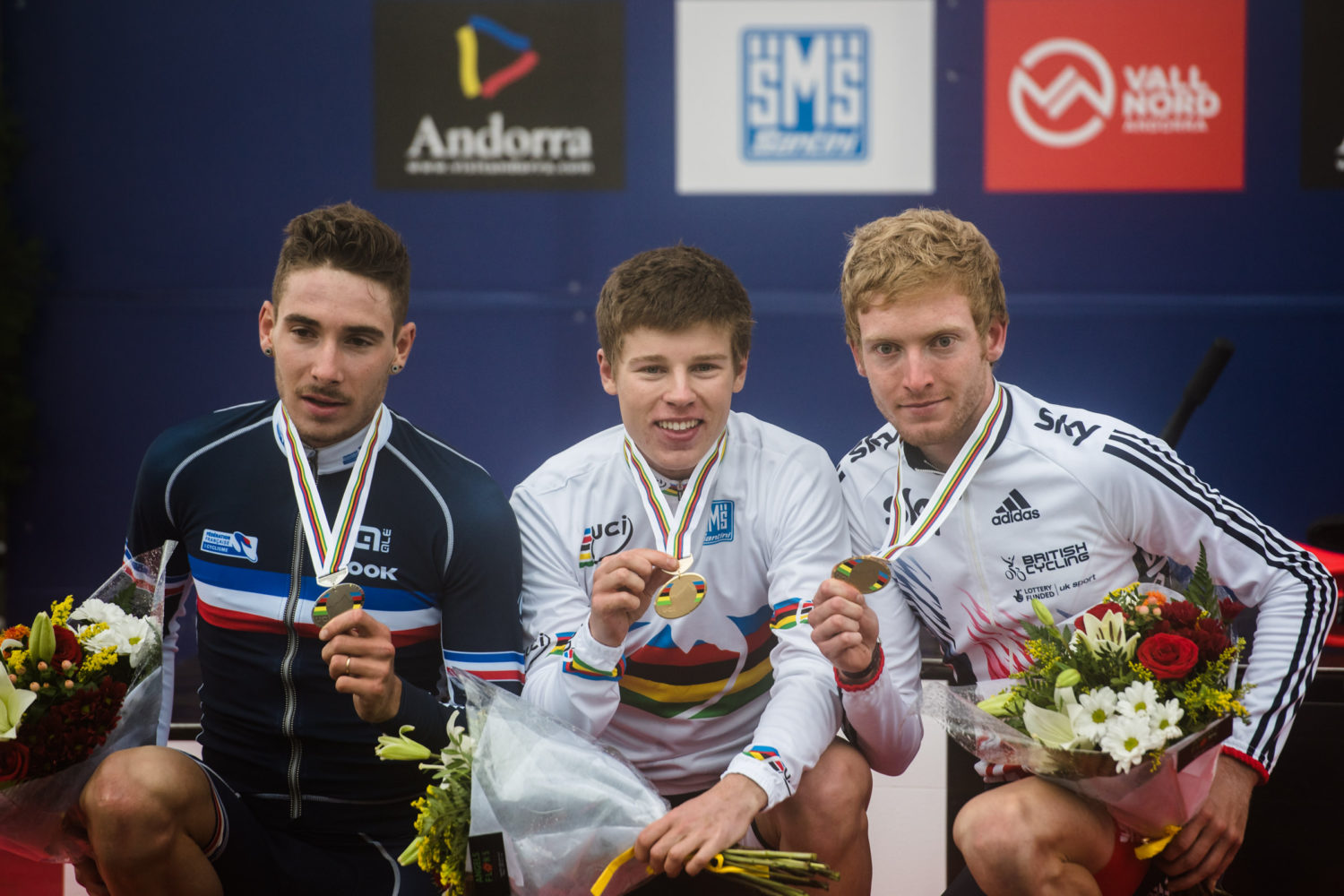 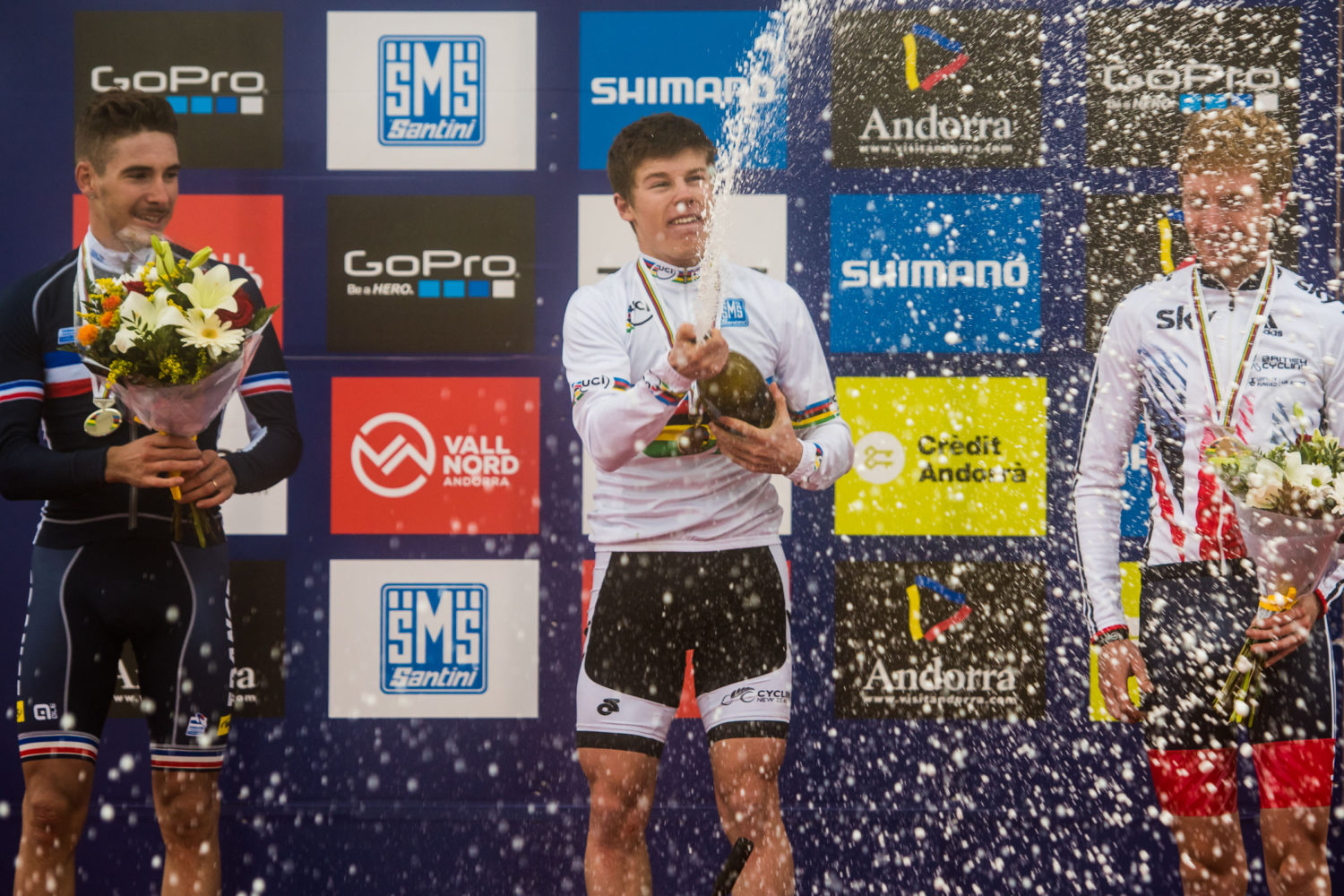