My original plan was to stay on in Europe for another 3 weeks after World Champs. I would then head to Rio for a Cat 1 race and the test event on the Olympic track en route home to New Zealand. I decided a few weeks before Worlds that I would instead finish my season with the World Championships race and head straight home. I then spent 4 weeks at home chilling out and getting life in order after 4 months on the road in the northern hemisphere. It was great to finally get the chance to relax and spend some time with my friends and family after such a long time apart. Rio was calling however and I wasn’t going to miss out on the chance to see the Olympic venue and ride the track! So on the 7th of October I headed back to the airport to begin my trip to Rio for the official test event.  The main purpose of the trip was to collect data on the Olympic course by using a Go Pro and also a Garmin to collect data from my SRM power meter and heart rate monitor.

95% of the course was out in the open with no tree cover. The course was completely man made and artificial with plenty of technical rock sections and slippery loose corners. It had been packed down hard by a roller of some sort but at the same time it was still great fun to ride with a high average speed. I managed to fit in 7 laps over the 2 allocated practice days and also a further 6 laps as part of the ‘race’ which I rode at a solid tempo. The test event was not a selection race for us so it was important for me that I viewed it as a test event and nothing more especially midway through my off season break. All in all it was a successful trip and I’m very glad that I went and took the opportunity offered by Cycling NZ to get some valuable time on the track. 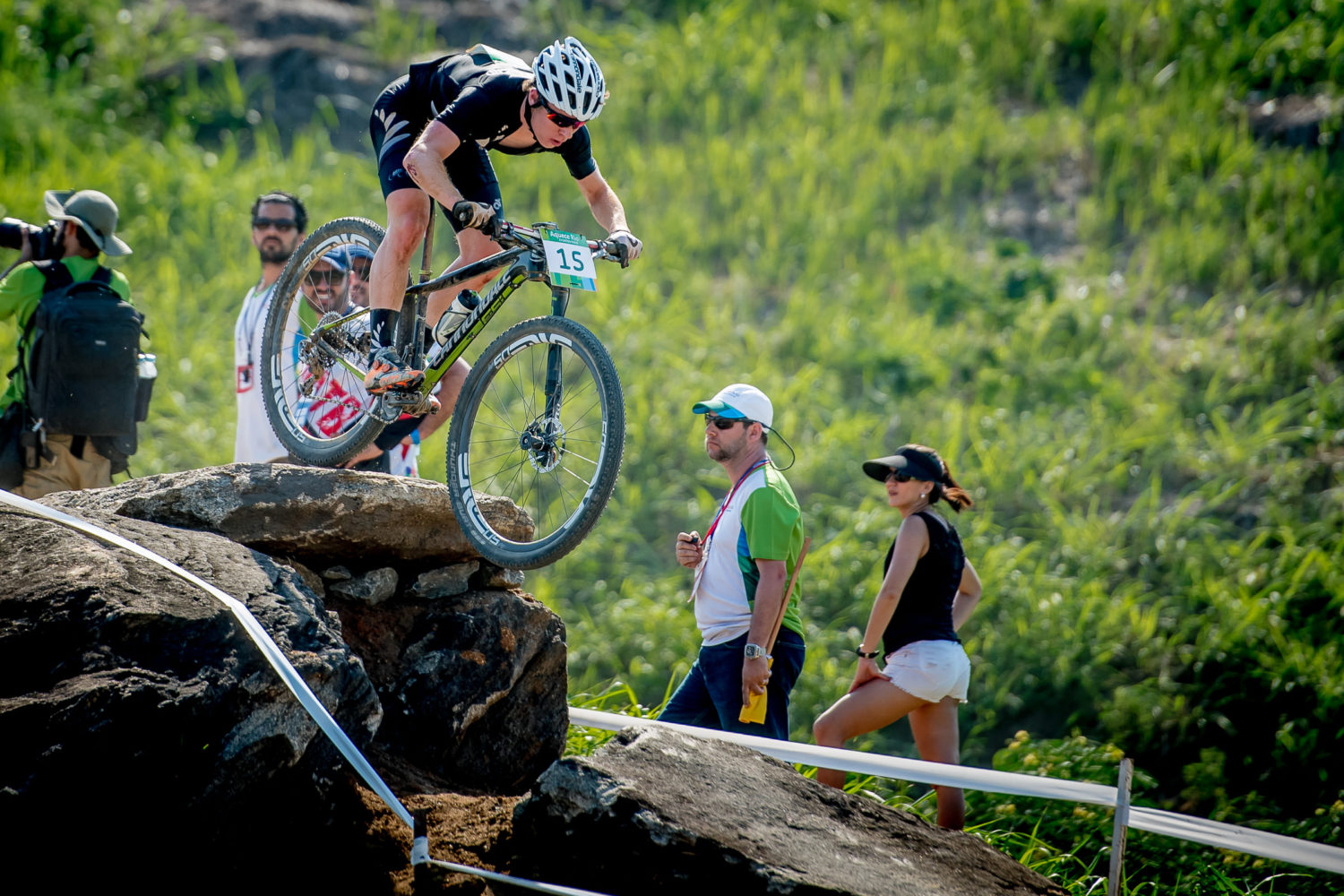 I am now in Germany and will spend the next 4 weeks with my girlfriend before returning home mid November. Once home again my focus will return to the upcoming race season and selection in the Olympic squad. I’m enjoying the hard earned rest but looking forward to next season all the same!