Stage 1: Christchurch Prologue Stage one of the inaugural Pioneer was the shortest of the race but the most intense. Based on the Port Hills in Christchurch teams took off in 20 second intervals. With Dan and me as the top seeds we knew we would have to push hard on the first road section before the climb really began. We worked well together and rode a good solid speed up the Kennedy’s Bush climb before reaching the highest point of the day at the top of the Flying Nun trail. From there we cemented our lead with a smooth descent to the finish line on Bowenvale Ave, finishing with a lead of around 3 and half minutes over second. We then drove to Geraldine where tomorrow’s stage was due to start early the next morning.

Stage 2: Geraldine to Fairlie From here the race really began with 106km taking the riders from Geraldine to Fairlie utilising gravel roads and steep farm tracks. Dan got a puncture about an hour into the stage which dropped us well down the pack but within 45mins we were back at the head of the race. Over the last 40 kilometres or so the track deteriorated becoming steeper, rougher and slower going which wasn’t too bad for us as we managed to gain an advantage over the Kona boys here. At the end of the day we had gained around 10 minutes over the second place ‘Kona B’ team.

Stage 3: Fairlie to Lake Tekapo Stage 3 of the Pioneer took us from Fairlie to Lake Tekapo. At ‘only’ 73km’s long, you could be forgiven for thinking this was going to be an easy day, but it turned out to be nothing of the sort! Dan’s lockout broke on the start line so he was forced to race over what turned out to be the roughest stage of the race with his bike fully locked out. I sure was glad I wasn’t him as to be fair my legs also weren’t feeling too flash as the ‘Kona A’ team fought hard to make up ground they had lost on us due to a mechanical on stage 2. We managed to out manouvre the Kona A team coming into the finish area, outsprinting them for the stage win and making it 3 wins from 3 starts. 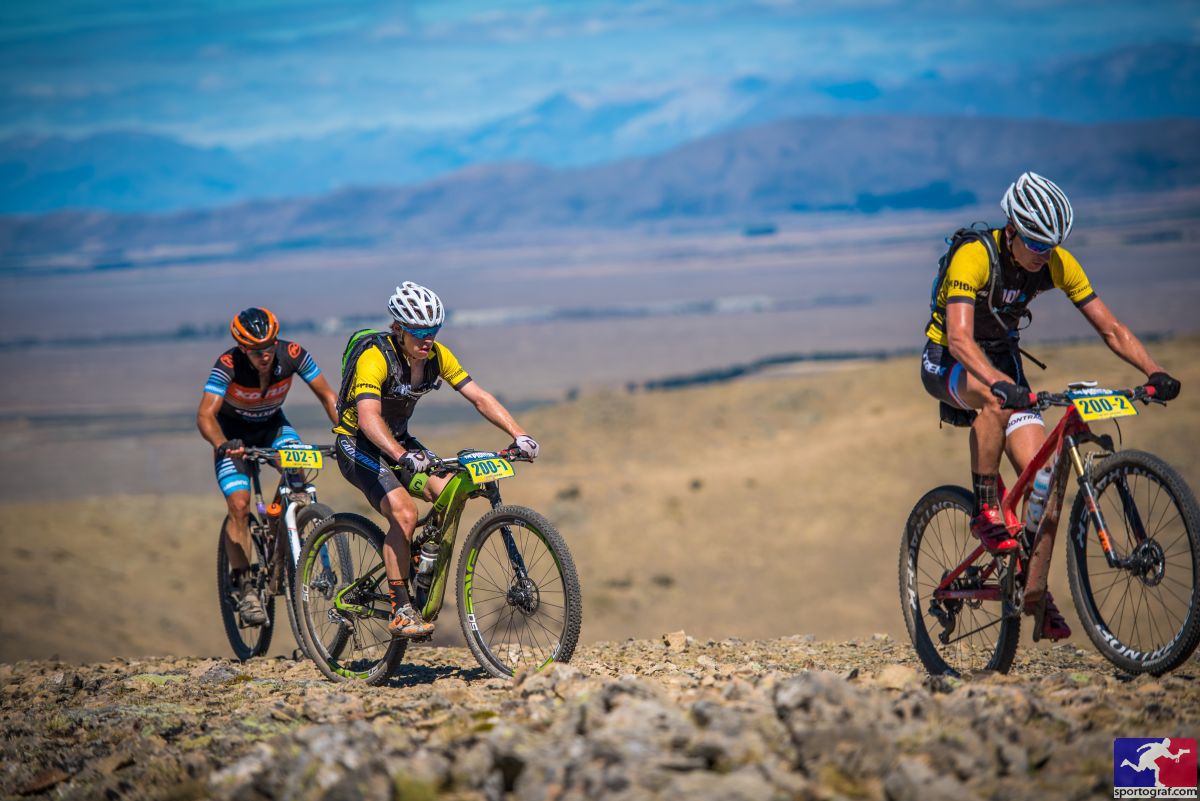 Stage 4: Lake Tekapo to Lake Ohau The organisers touted this stage as one that could be used as a recovery day. With around 60kms of flat bunch riding to begin with everything felt easy until we hit a massive climb. I likened it to riding up a wall, with the track around 30 percent gradient in places we climbed 800 vertical metres over just 4 kilometres. Crazy! Dan and I both agreed that this was the hardest climb we had ever ridden, it was just brutal, yet we somehow managed to ride the whole thing and gained a couple of minutes at the top of the hill. From there we took things a little easier across the tops before making the big descent down to the shores of Lake Ohau. After a few km’s on the flat the Kona A team had caught back up with us and we rode the last 20 km’s together with it eventually coming down to a close sprint finish. Dan and I snuck away with the win to make it 4/4. 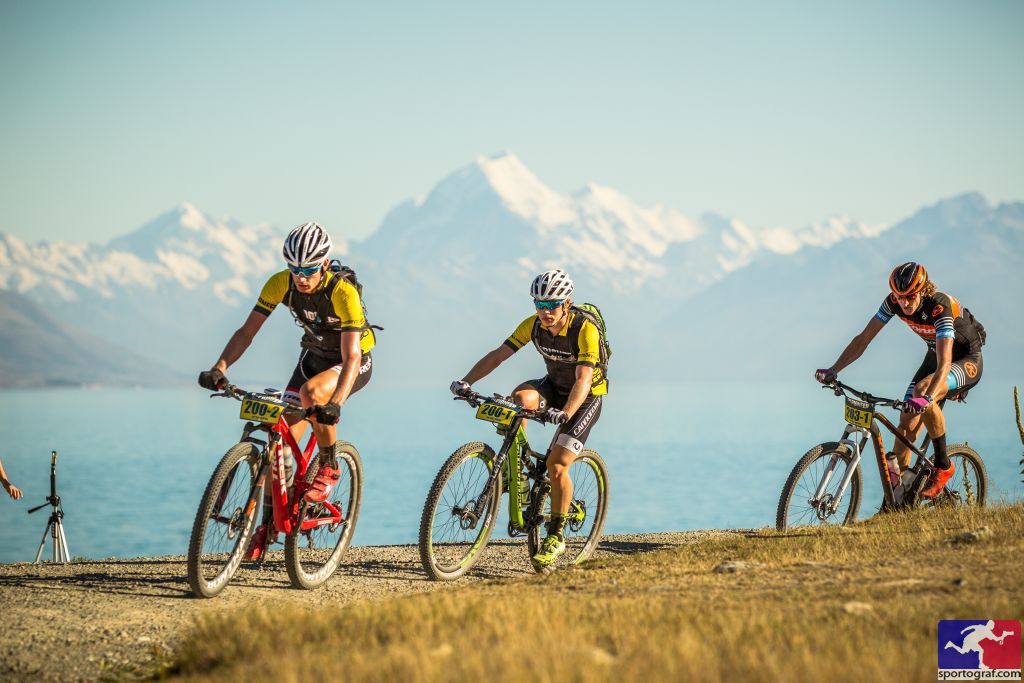 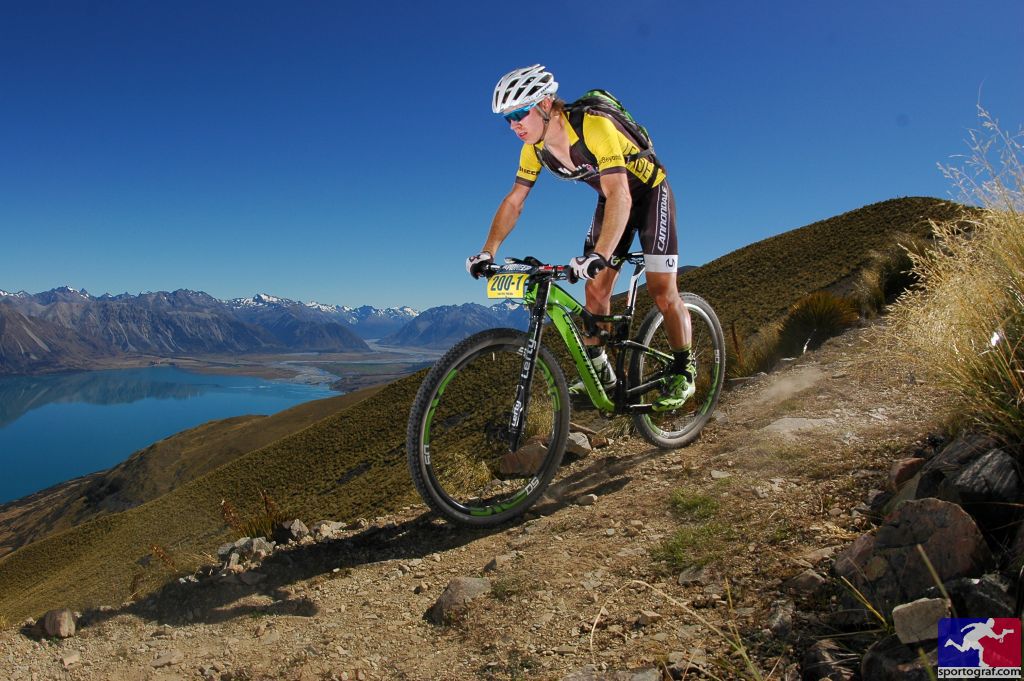 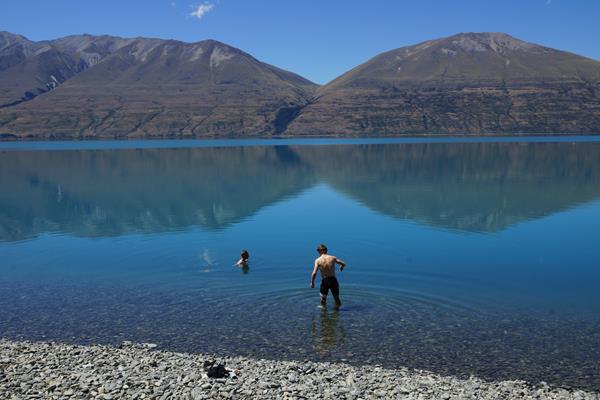 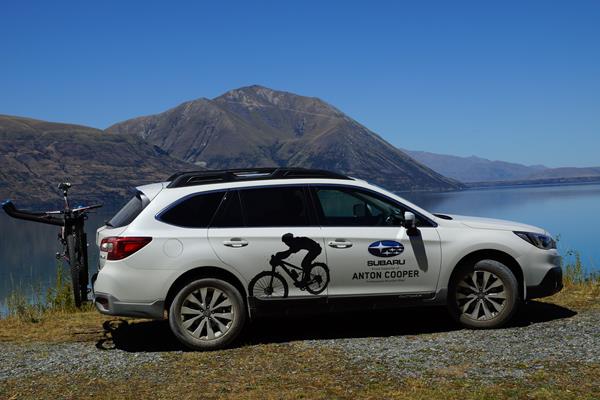 Stage 5: Lake Ohau to Hawea This was Queen stage of the race. At 112 kilometres long and with 3,578m elevation gain we were due for MASSIVE day in the saddle. Dan and I had a lead of around 30mins over Kona teams A and B heading into the stage and our aim for the day was to not lose any of that advantage. Things turned out even better than expected however as we both discovered our good legs again just when we needed them most, motoring up the huge final climb to extend our overall lead by the days end to around 40 minutes. This was my longest day ever on the bike totalling 6hrs and 17mins of racing.

Stage 6: Hawea to Snow Farm Stage 6 looked like a breeze after all the challenges we had faced over the previous days. The day started with 40km’s of flattish riding on wide cycle trail and single-track before branching off onto farm trails to make the long trek up the hill to the Snow Farm alpine ski resort. It was yet another good day for Dan and I as we rode clear of the chasers and hammered home an advantage of around 13mins at the finish line to take our overall lead out to around 54mins, a comfortable margin heading into the final day. 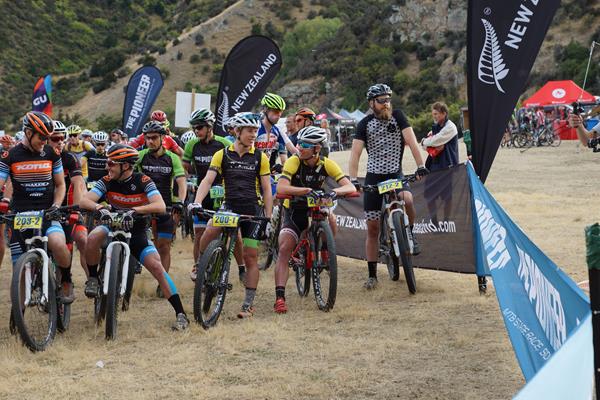 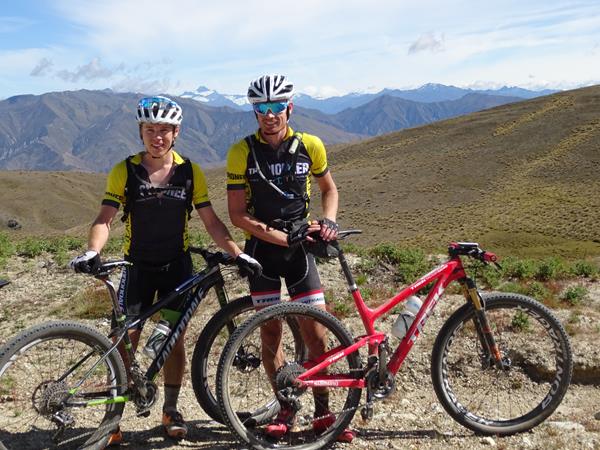 Stage 7: Snow Farm to Queenstown With the overall title close to being wrapped up Dan and I just had to make it through one more days racing. We set ourselves the goal of staying at the head of the race to keep out of trouble and to try and make it 7 wins from 7. All was going well until we went the wrong way with a 2min lead up our sleeve and only 20km’s to go! By the time we realised it was too late and regardless of our strong chase right to the line we were unable to catch the Kona A team who took the stage win by a little over a minute. It wasn’t enough to dampen our spirits however as Dan and I were ecstatic to finally put a very tough weeks racing behind us and come away with the overall win after a mammoth 26hrs 50mins and 53secs racing. A big thanks to my parents also who followed the race as our support crew and of course to Dan McConnell for coming over from Aussie to be my team mate. It sure was worth it in the end! 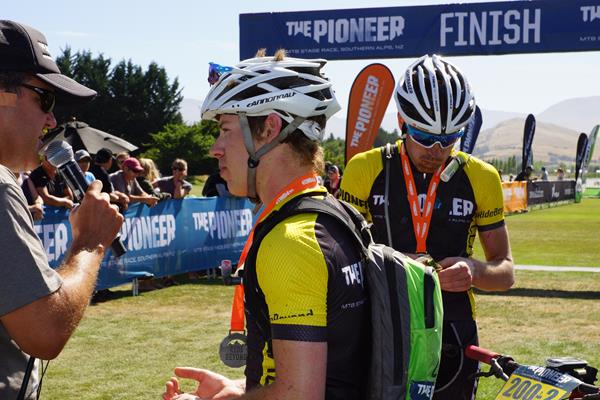 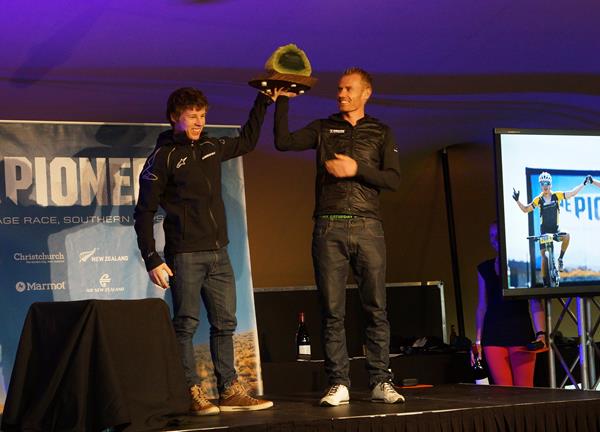