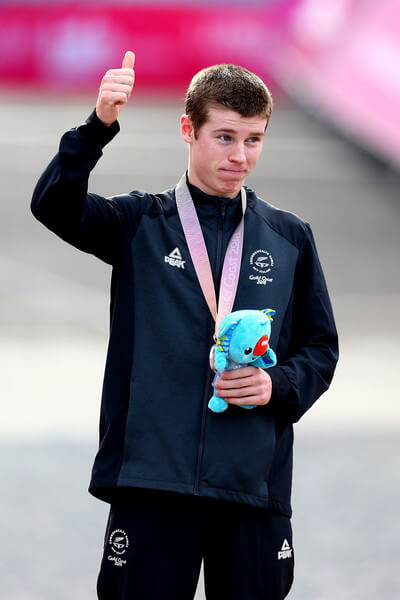 Where do I start? Coming off a strong race at the first World Cup of the season I knew I had a good base to build on for the Commonwealth Games 4 weeks later on the Gold Coast. I had a few weeks at home training hard and putting the finishing touches on my shape. I felt I was in the best form of my life but the danger always lies in that situation where you are running the knife edge that it’s easy to get sick. Unfortunately, I arrived into the Gold Coast on the Saturday with a very sore throat and knew I’d picked a bug up somewhere. I was angry and disappointed that I had put so much hard work in only to fall at the last hurdle but deep down I was clinging to a glimmer of hope that I could still salvage a good result.

After a few days my sore throat subsided and my nose blocked up which made me feel even worse. From my experiences during course practice leading into the race I felt much better towards the end of my ride. Taking this into account I made sure that on Thursday when we raced I had a nice long warmup to really clear out the nose and the legs. Once the adrenaline and excitement of race day kicked my cold slipped to the back of my mind and I was focused on the race. I had a decent start but my legs felt bit dull on the first climb, however I was able to make it in 2nd place in the first single-track and sat there for a lap. Sam set a blistering pace and it was a fight to hold the wheel but I was able to do so which was a big relief! I was lacking my usual spark in the legs so played the long game and tried to keep the pace slow to get me through until the later laps in the race. I was able to do that and came into the last laps feeling strong. I tried to up the tempo on a couple of climbs near the end of the race but I just felt I didn’t quite have what it took to open a gap. 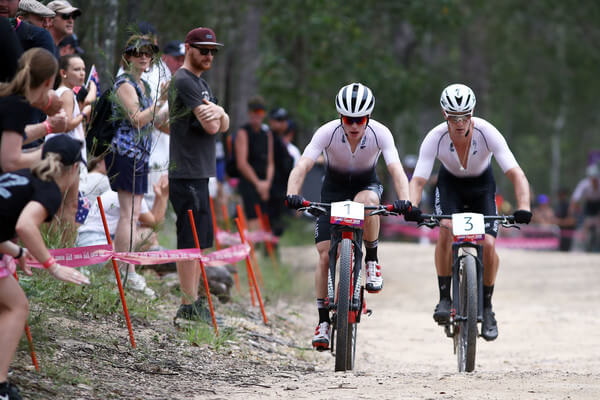 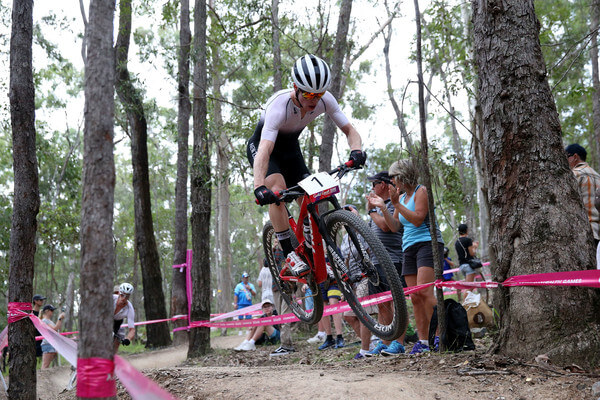 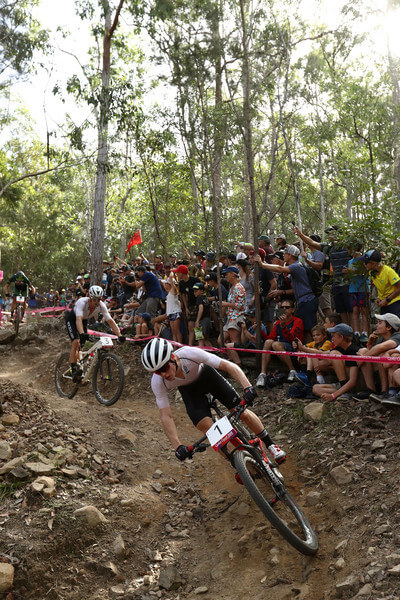 I knew I was going to have to just go for it on the last lap regardless and hope to force an error from the other riders. Coming into the last lap it was myself, Sam Gaze and the South African rider Alan Hatherley. Sam suddenly pulled over in the tech zone much to my surprise and I was left with just the South African on my wheel. I figured Sam needed a wheel change and or something and his race was well and truly over. I managed to drop the South African on the climb and opened up a sizeable gap. I took it very cautiously down the following rocky descents to make sure I didn’t get a puncture myself and just be careful and nurse it home. It wasn’t until I took a quick glance back at the end of the rocky section to check my gap to the South African that I noticed Sam charging down from behind and just a few seconds back. He caught me soon after and up the next climb I tried to make sure I kept the lead, however just before the final descent he was able to come around me on the inside and from that moment on I knew I had no chance unless he made a big mistake. There were no passing options down the descent and with the drag to the finish line being so short I had no chance to try and come around him, so I had to settle for a hard fought 2nd place. So close yet so far! 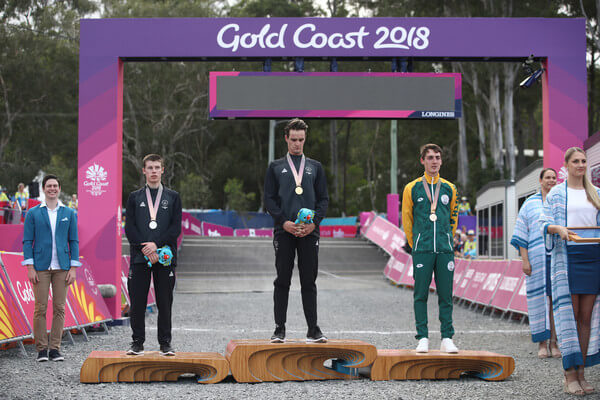 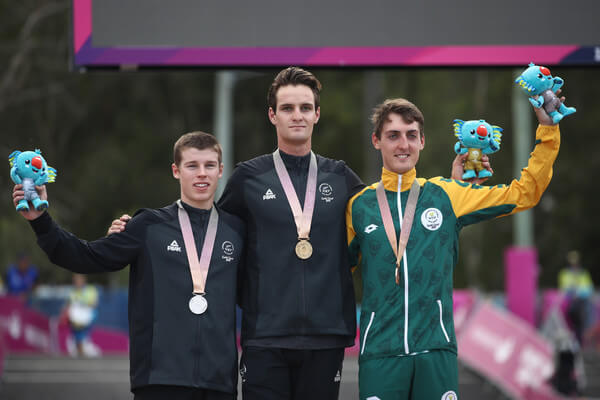 In the end I’m left feeling really proud with how I performed on the day and the fight that I showed. To come away with a Commonwealth Silver medal is still a great feeling, even if it doesn’t quite have the allure of the Gold medal I was able to win 4 years earlier in Glasgow. Plenty more Commonwealth Games left in me still hopefully!!