What a crazy week it’s been! It’s a little hard to believe I’ve just won a Commonwealth Games gold medal. It literally is a childhood dream of mine come true and the perfect result to get what has been a real roller coaster of a year back on track. Not to mention a big boost of confidence heading into the World Champs in just 4 weeks’ time. I spent 5 weeks building up to the race at home on Christchurch which I believe contributed to my success, along with the support of my team in Europe. It had been a sort of rush and bust start to the season, a lot of travel and races with no chance to retain my form and keep training patterns going which showed in my results. Mistakes that I’ve learnt a lot from! I enjoyed the stability and familiar pattern of training week in week out on the Port Hills in Christchurch.

The weather was very kind to me considering it was the middle of winter with little rain and temperatures reaching between 10-15 degrees most days which made life a lot easier. I flew out of Christchurch on the 14th of July to the Cannondale Factory Racing team base near Stuttgart where I stayed for 10 days to recover from the jetlag and squeeze in a few more quality training days. I was stoked to be given a special new bike to first use at the Commonwealth Games. I then flew to Glasgow to join the rest of the New Zealand team in the Athletes Village about 5 days prior to my race. The atmosphere in the Kiwi camp was electric whenever a fellow athlete was competing with all eyes glued to the TV screens in the Athlete’s lounge.  The track team was hugely successful raking in numerous medals across a range of events, so the bar was certainly set very high for me and the other 3 Kiwi mountain bikers, Sam, Kate and Karen. I had felt great on the track and my legs seemed to have recovered well from the travel so I definitely felt like the win was going to be a possibility, and a medal a realistic prospect. The race didn’t start very fast but felt like it grew in intensity around the 2nd or 3rd lap. I felt really fresh the whole race and never like I was near my limit so with one lap to go I decided to put the acid on the others on a few of the climbs. I was able to open up small gaps but with such short climbs it was hard to establish any real sort of distance between myself and the opposition.

With 500m to go it was down to just 3 riders, myself, Sam Gaze and the Aussie Dan McConnell. With about 200m to go I hit the gas from the front and immediately got a gap, which I was able to maintain until the finish line! It was a little hard to believe really. I had worked so hard the past few months with my sole intention of performing well at the Commonwealth Games so to cross the line in first place was really a dream come true.  Thanks to everyone for your support. Now my attention shifts to the World Championships in Norway on the 5th of September. I will use the World Cup rounds in Windham ,USA and Meribel, France to help finalise my build up for the World Champs so don’t have huge expectations for those events but would still like to achieve some good results of course! We are well and truly at the sharp end of the season now. 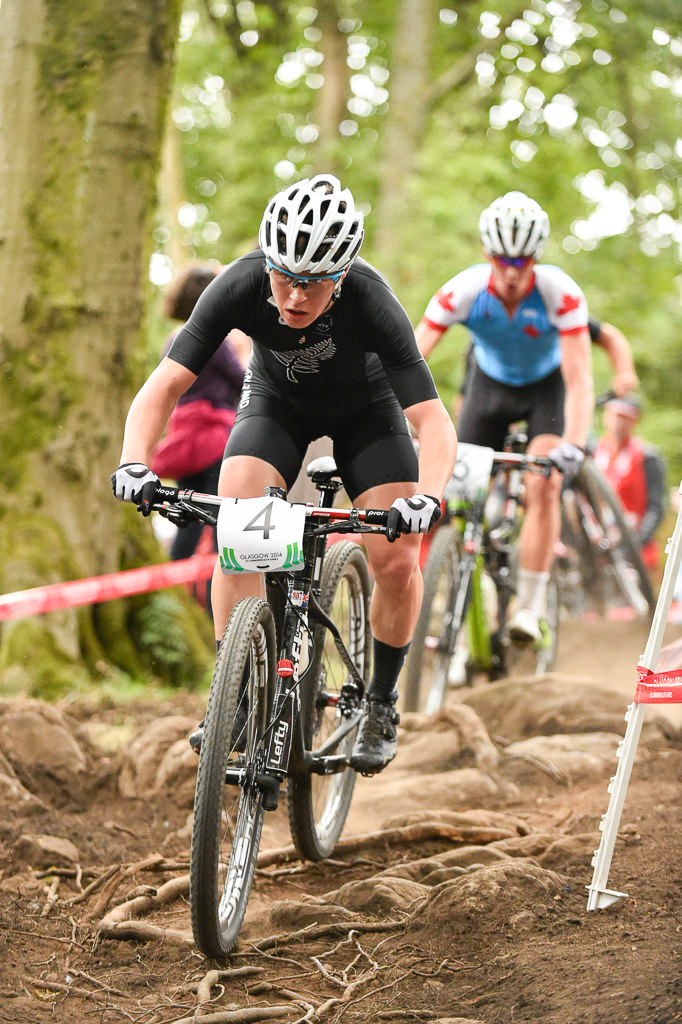