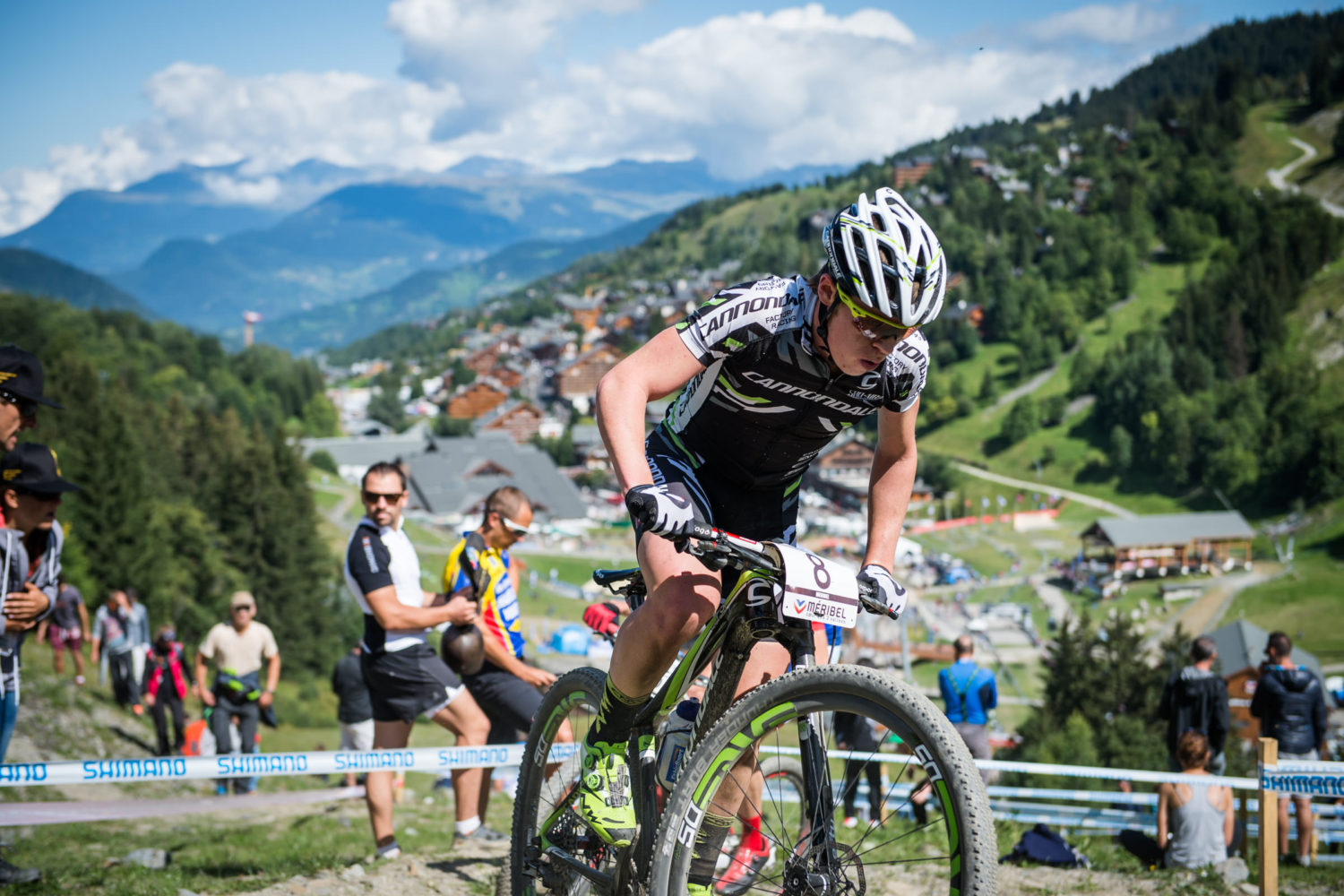 We arrived in Meribel, France for the final World Cup of the year on Wednesday evening to prepare for the race on Sunday morning. The race was at altitude, with the course climbing to around 1,600m. Our accommodation was at 1,800m and I immediately felt the effects of the altitude. Headaches, dry eyes, burning lungs and legs made training and sleeping hard, but by Saturday I was feeling a lot more acclimatised and after an easy spin on the course I was feeling reasonably confident I could achieve a solid result. I had an okay start, slotting into the single-track in around 7th position.

I made a concentrated effort to ride at a steady tempo early on and then build into the race as it entered the final laps. Near the end of the 3rd lap I lost my chain which cost me around 25secs and the group I was with. I slipped back around 3 places and had to try and regain my composure and get back into the race which was difficult without another rider to ride with. I managed to catch and pass the 8th and 9th placed riders on the next couple of laps and then set off in pursuit of the 6th place rider who I almost caught on the final lap, eventually finishing in 7th position. Not my best day on the bike but 7th is still a solid result considering my dropped chain and the altitude which seemed to affect me a bit more than some of the other riders. It was only my 3rd race at altitude, so it was a good learning experience as to how it affects me and what measures I need to take in the future to minimise those effects. I live at around 5m above sea level at home in New Zealand so altitude always seems to hit me hard! I guess the body isn’t used to it. I’m looking forward to World Champs which are only around 200m above sea level in Norway. Only one week to go until the final XCO race of the year! 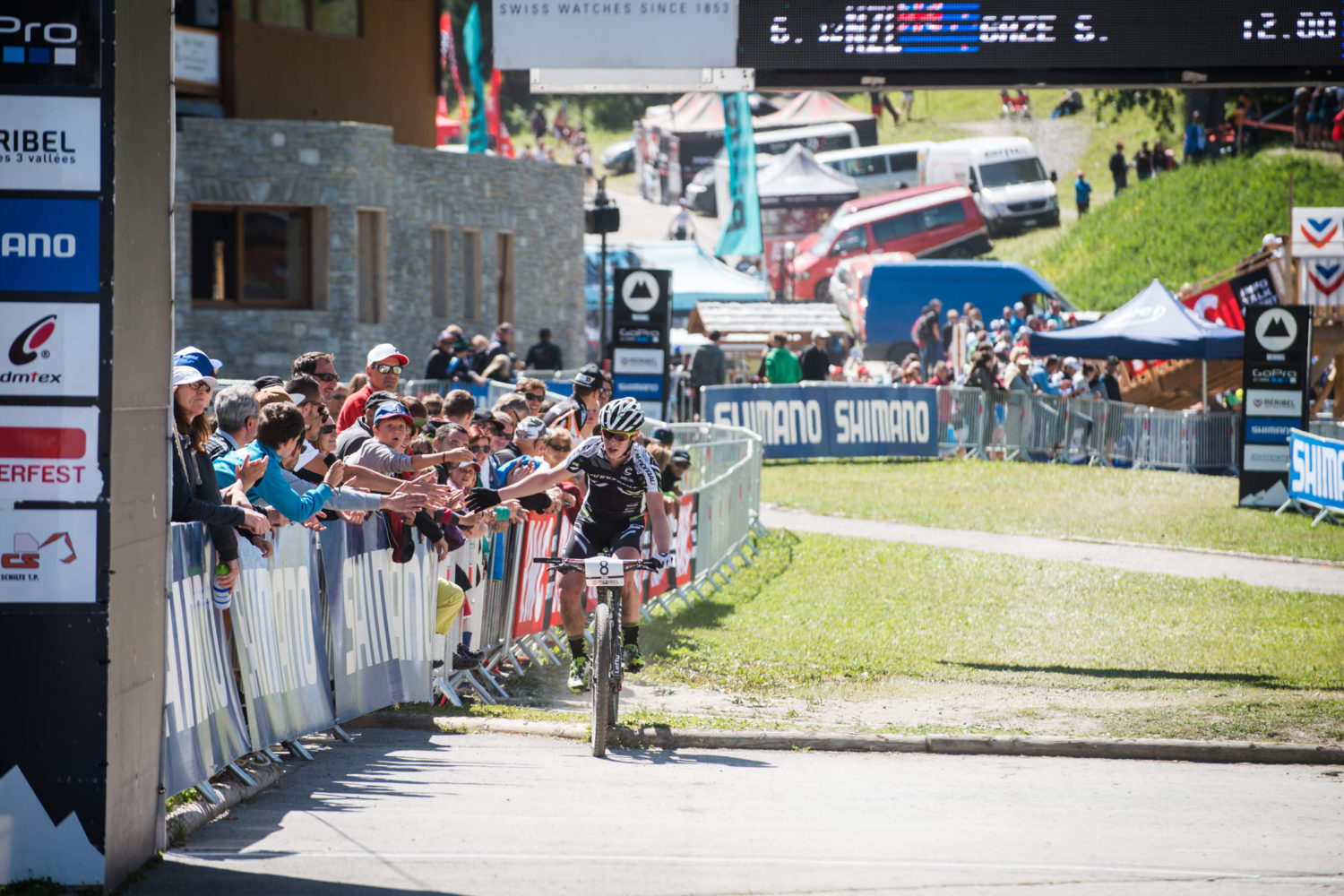