Mont Sainte Anne was a track and venue that I loved racing last year so I was really excited to return once again. The course had changed a lot from a last year with the first kilometre or so of the track being cut to shorten the lap and make for a faster paced race. During the week building up to the race the track wore in and became faster and faster. I found it was super important to hold my flow the whole way around the lap as the course was moderately technical the whole lap and mistakes were really easy to make if you suffered a short lapse in concentration. My legs had felt great all week and I knew anything was possible in the race. Prior to the race I expected to finish in around 3rd to 8th position but knew that I could possibly to something really special on the day. I had a great start and defended my position near the front of the group during the start loop entering the single-track in 4th position. As the laps wore on riders fell off the pace one by one until eventually it was just me and the German rider Julian Schelb left at the front.

With 1.5 laps remaining in the race I opened up a small gap in a tight single-track section and decided it was my time to go and put my head down and opened up a sizeable gap eventually crossing the line to win my first ever Under 23 World Cup by 1min 7secs. After a very tough last few months due to illness and trying to build my form back up as quickly as possible this win makes it feel all worthwhile. I live for days like these and for it to happen on my 19th birthday makes it all the more special! Thanks to everyone who has stuck by my side and supported my throughout all the ups and downs. It feels great to repay your support and belief in me by taking the win. The biggest race of the season is still to come though, the World Championships in South Africa in just a few weeks’ time which will be a massive challenge. I am feeling super motivated for the World Champs and as always I can’t wait represent my country at the highest level. 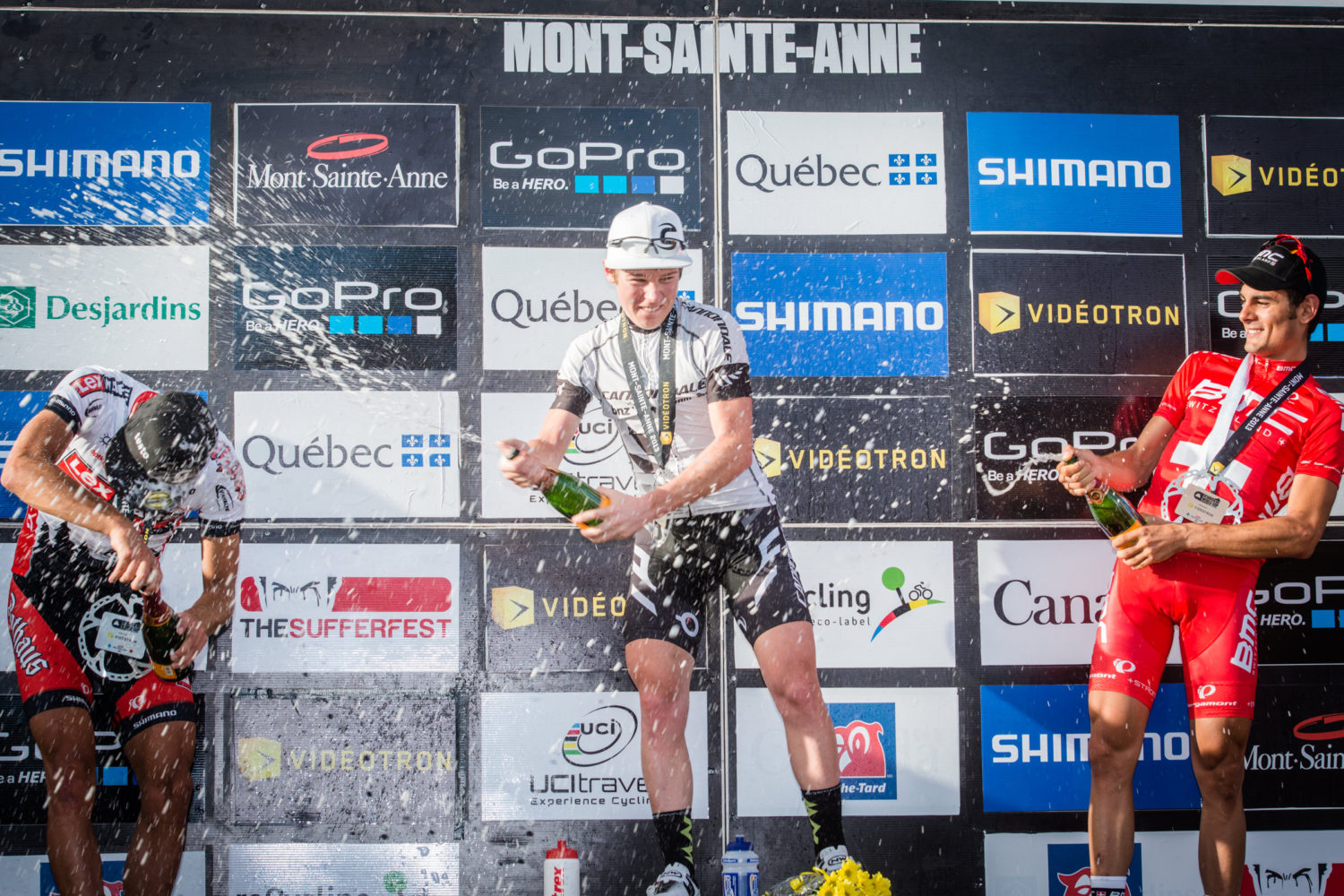